• Check the link for performance info 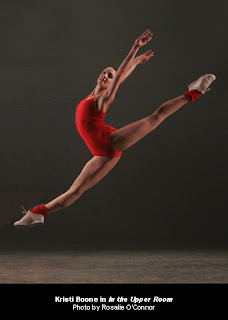 living national treasure bringing the magic of dance-theater across the United States and abroad. From classic ballets to innovative premieres, ABT’s world-class dancers bring their dramatic artistry and thrilling bravura to take dance to new heights. This fall’s repertory is no exception with works by an impressive roster of choreographers, including Twyla Tharp, Agnes de Mille, Antony Tudor, José Limón and ABT’s Artist in Residence, Alexei Ratmansky. For the new and noteworthy in dance this fall, please join ABT for a thrilling New York season.

RODEO
CHOREOGRAPHY BY AGNES DE MILLE
MUSIC BY AARON COPLAND
Agnes de Mille’s humorous love story about a tomboyish cowgirl in the pioneer West is an American classic. This audience favorite is set to Copland’s spirited score, including the famed “Hoedown,” and features costume designs by Tony® Award-winner Santo Loquasto. 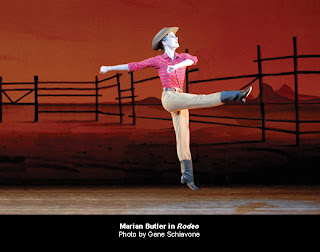 Commissioned by ABT, The Leaves Are Fading is a haunting meditation of youthful romance and time’s bittersweet passing, set to Dvorak’s ravishing score. This was one of Tudor’s last ballets, and it remains one of the major works in the choreographer’s remarkable canon.

IN THE UPPER ROOM
CHOREOGRAPHY BY TWYLA THARP
MUSIC BY PHILIP GLASS
Experience an astonishing adrenalin rush with this marathon of exhilarating locomotion. From precise geometric patterns to seemingly free-form motion, Tharp’s rigorous choreography demands something akin to Olympic perfection.

THE MOOR’S PAVANE
CHOREOGRAPHY BY JOSÉ LIMÓN
MUSIC BY HENRY PURCELL
Considered Limón’s masterwork, The Moor’s Pavane beautifully distills in one act the passion and dramatic arc of Shakespeare’s Othello. Performed to a stately Renaissance court dance, this psychological thriller inevitably reaches its heartbreaking climax as the noble Othello succumbs to 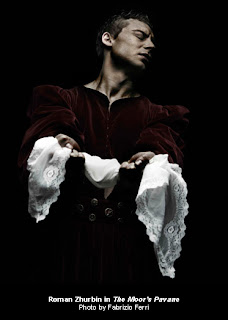 DRINK TO ME ONLY WITH THINE EYES
CHOREOGRAPHY BY MARK MORRIS
MUSIC BY VIRGIL THOMSON
The witty, romantic piano etudes of Virgil Thomson are echoed in Mark Morris’ valentine to classical ballet. From voluptuous, rippling torsos and arms to majestic tableaux of heart-stopping beauty, this inventive ballet is pure pleasure.

PAS DE DEUX FROM STARS AND STRIPES
CHOREOGRAPHY BY GEORGE BALANCHINE
MUSIC BY JOHN PHILIP SOUSA
In its ABT Company Premiere, the pas de deux from George Balanchine’s Stars and Stripes is an exuberant spectacle studded with tongue-in-cheek humor and dazzlingly virtuosic choreography, set to John Philip Sousa’s rousing marches.

ALEXEI RATMANSKY WORLD PREMIERE
MUSIC BY DMITRI SHOSTAKOVICH
Be there from the start! ABT Artist in Residence Alexei Ratmansky embarks on an exploration of the symphonic music from esteemed Russian composer Dmitri Shostakovich, culminating in a fullevening 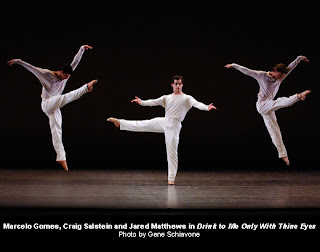 of three one-act ballets during ABT's 2013 Spring Season at the Met. This fall, Mr. Ratmansky offers the first of this triumvirate set to what many consider Shostakovich's most classical symphony — the jaunty, mercurial Ninth.

Images:
Kristi Boone in The Upper Room by Rosalie O'Connor
Marian Butler in Rodeo by Gene Schiavone
Roman Ahurbin in The Moor's Pavane, by Fabrizio Ferri
Marcelo Gomes, Craig Salstein and Jared Matthews in Drink to Me Only Wiht Thine Eyes by Gene Schiavone