Porns Stars Are People Too 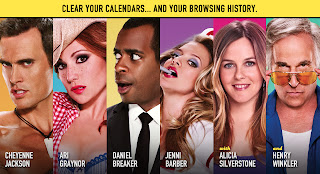 World-premiere set to begin previews Oct. 23, 2012
prior to opening November 14, 2012 on Broadway at Longacre Theatre

• Get The Performers Tickets

THE PERFORMERS will be directed by Evan Cabnet (WARRIOR CLASS, ALL-AMERICAN), who also directed David West Read's play THE DREAM OF THE BURNING BOY, a critical and popular hit when it debuted in March 2011 at Roundabout Theatre's Underground Series, produced by Robyn Goodman. 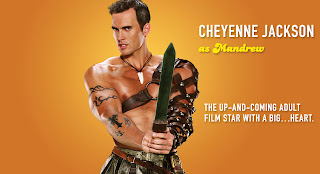 THE PERFORMERS is a romantic comedy about two high school friends (Cheyenne Jackson and Daniel Breaker) -- and the women in their lives (Ari Graynor and Alicia Silverstone, respectively) -- who reconnect at the Adult Film Awards in Las Vegas. When the night takes an unexpected turn and relationships are threatened, Chuck Wood (Henry Winkler), the hardest-working man in the business, steps in to lend a hand.  Sex, love and Barry Manilow intersect in this comedy about the ups and downs and ins and outs of love.

Alicia Silverstone is best known for her roles in Hollywood films such as CLUELESS and her portrayal of Batgirl in BATMAN & ROBIN.  Her performances have garnered Emmy and Golden Globe nominations and she won National Board of Review.  She is also a New York Times bestselling author.

On Broadway in 2010 she starred with Laura Linney in Donald Margulies' play TIME STANDS STILL.  She made her Broadway debut in 2002 as Elaine Robinson in THE GRADUATE.  She has worked with David Mamet on his plays SPEED THE PLOW and BOSTON MARRIAGE at Geffen Playhouse. 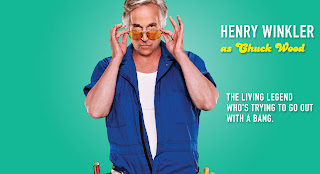 This fall she will star alongside Krysten Ritter and Sigourney Weaver in the romantic horror-comedy film VAMPS, written and directed by Amy Heckerling (CLUELESS).  Also this fall she will star in the film comedy BUTTER with Hugh Jackman and Jennifer Garner.  This spring she co-starred on ABC's hit comedy series "Suburgatory" along with her CLUELESS CO-STAR Jeremy Sisto.

Ms. Silverstone made her feature film debut in THE CRUSH in 1993, winning two MTV Movie Awards -- Best Breakthrough Performance and Best Villain.  She had additional breakthrough success in the Aerosmith videos "Cryin," "Amazing" and "Crazy," leading to her role in CLUELESS, a critical success and sleeper hit in 1995.  For her performance Ms. Silverstone won the National Board of Review Award for "Best Breakthrough Performer," the MTV Movie Award for "Best Female Performance" and "Most Desirable Female," and the American Comedy Award for "Funniest Actress in a Motion Picture."

She played Batgirl in BATMAN & ROBIN in 1997 and starred in the dark comedy EXCESS BAGGAGE, which she also produced.  Other film credits include BEAUTY SHOP, BLAST FROM THE PAST, Kenneth Branagh's adaptation of LOVE'S LABOUR'S LOST, STORMBREAKERS, SCOOBY DOO 2 and SCORCHED. 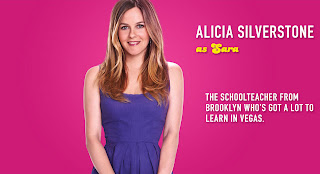 Daytime Emmy Award.  She has been executive producer for 75 episodes of the series.

In 2009, Ms. Silverstone released her first book, "The Kind Diet:  A Simple Guide to Feeling Great, Losing Weight and Saving the Planet," which was #1 on the New York Times bestseller list in hardback and returned to The Times' bestseller list in paperback in 2011.  Ms. Silverstone is a dedicated advocate of the planet and its animals and even bared all in PETA's first-ever naked veggie testimonial PSA in 2007.

In addition to THE PERFORMERS and THE DREAM OF THE BURNING BOY, Mr. Read is the author of the play HAPPY FACE, presented at South Coast Rep in 2010.

THE PERFORMERS is Mr. Read's first play on Broadway, and also marks the Broadway directing debut for Mr. Cabnet.

Tickets to THE PERFORMERS are on sale now via Telecharge and patrons can purchase by calling Telecharge at  212 239 6200  or online at www.telecharge.com or http://www.theperformersonbroadway.com.