CD Release: Don Bray's Acoustic/Folk 'I Am Myself' Nov 4 in Toronto

Including material from a media release:

[Toronto ON]  Don Bray is no stranger to stressful situations. Years spent as a firefighter pushed him to the edge of human endurance in the name of helping others. Years later, now retired, Bray invests that same sense of courage into the way he writes about life. He doesn’t go part way, pushing himself to the edge in his 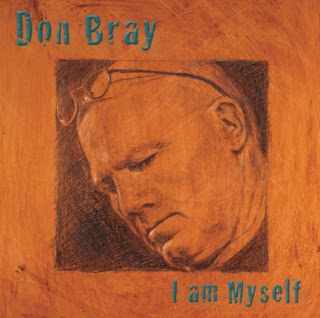 regard for those he writes and cares about.

I Am Myself is a strong album from Don Bray with enough variety to hold your interest for the entire album's worth of acoustic folk. Typical song structures are enlivened with layers of melody and Don's sparkling guitarwork, along with an expressive vocals that ranges from gravely low notes to a sensitive higher range. His lyrics are thoughtful and talk about the human condition with a poetic and philosophical sensibility.

I was taken with his stylistic range that goes from the country rock of Oh So Much Pavement to a rootsy swing on These Unspoken Words and a plaintive, dreamy feel on Took The Dark. His band and back up musicians add a lot of depth to the sound, including fiddles and singing slide guitar and crisp drumwork that highlights interesting rhythmic variations.

Bray’s warm, wonderful voice revisits the sound of so many favourite folk artists from the ‘70s -- elements of Tom Rush, Jim Croce, Fred Neil and Bill Morrissey course through his music and his phrasing – yet his music is very much his own and of his own time, instantly warming the listener to his well-chosen lyrics and hook-laden arrangements. And that’s before you’re taken prisoner by his equally accomplished abilities on guitar.

Life’s lessons have made a supreme imprint on the talented Orillia resident who not only uses his trademark courage for song but who's well overdue for his rightful recognition on the world stage... five-alarm fires aside.