As we wait for the full digital demo, "PUNGWE", to fall next week, Chimurenga Renaissance presents a full-force mixtape produced with DJ Chief Boima. Gunbeat bass flows together with the reverberations of 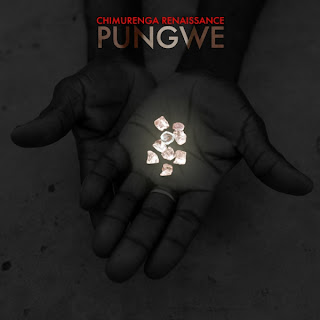 the Zimbabwean mbira, samples of American hip-hop bump shoulders with African roots music. The music shakes and sifts together, allowing the diamond-hard rap of Fly Guy Dai to settle over the beats.

The music of two artists, both born in Africa and raised in America, informs this mixtape. Fly Guy Dai brings a lifetime of music and a rich family heritage originally from Zimbabwe, but informed by the hard streets of South Seattle where he grew up. Chief Boima brings a New York sheen to his production, drawing inspiration from the many struggles of his original homeland: Sierra Leone.

This is the new chimurenga music, a new way for African music in a new world. An African musician today hears African beats in everything. When listening to jazz, hip-hop, pop, or rock, the cadence and rhythms of Africa still remain. They're there for anyone to hear, and the purpose and joy in this mixtape is to sift through the streambed of modern hip-hop to pull forth the hard diamonds of Africa that have always lain under the surface. 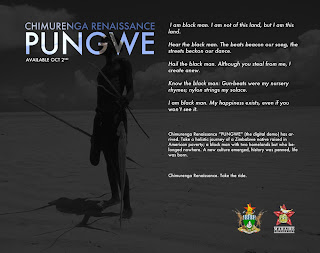 It's apt to talk about diamonds when talking about the "PUNGWE" mixtape. Both Chief Boima and Fly Guy Dai come from diamond families, from countries ravaged by Western imperialists and their insatiable greed. Together, these artists have seen the fall of dreams, as their homelands fell into chaos and revolt, and as the other side of the American dream began to show its tarnish. This is the music of black men in America, and no matter where they came from, the music they're making could only happen today.

Chimurenga Renaissance "PUNGWE" (the digital demo) has arrived. Take a holistic journey of a Zimbabwe native raised in American poverty; a black man with two homelands but who belonged nowhere. A new culture emerged, history was penned, life was born.