[Toronto ON]  Did someone say Road Trip?  Music lovers better pack their bags because they’re in for a treat when global tour de force, Jaffa Road, release Where The Light Gets In at Toronto hub, Hugh’s Room Oct 28th. With pulsating dub grooves, ambient electronic textures, and enough rollicking rhythms 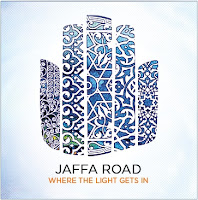 to make your belly dance, Jaffa Road will transport listeners to the Middle East, India, Spain, North America and all points in between.

Recent winners of a John Lennon Songwriting Award, Jaffa Road was also named “Best World Music Artist” at the Toronto Independent Music Awards. Their debut, Sunplace, was nominated for a JUNO award and featured on CBC’s Canada Live. Singles from this new, sophomore outing have already caught the ear of CBC producers and selected for Here & Now’s “Song of the Week” (Sim Shalom), as well as industry nod from OCFF, winning the prestigious “Songs From the Heart” award (Ana El Na).

Aptly named for one of the oldest streets in Jerusalem, Jaffa Road unites multiple cultures and nationalities as it winds its way towards the port of Jaffa. Hebrew, Ladino, English, Arabic and French lyrics blend with genres of Sephardic, Arabic and Indian music, intertwined with jazz, blues, electronica, dub and rock. Theirs is world music on a  mission – peace through an unparalleled musical experience that, just like the road they’re named for, brings us together as one people. 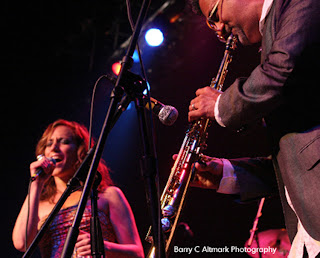 The track “Avre Los Ojos” is an interpretation of a centuries-old Turkish song – an early protest song first recorded in 1907, and not since until now!  “On Your Way” might be the closest thing to a hit single 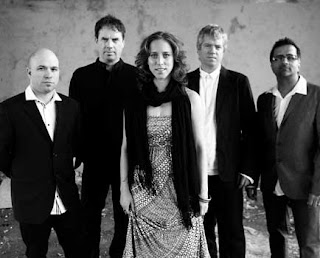 if there were such a thing, riding on Chernick’s pure chorus, while oud, bass violin and propulsive percussion keep it beyond buoyant and highly accessible.

12 songs in all create a road far more active than any typical 2-way street – it’s multi-lane, allowing for many detours along its length, offering up cutting-edge music at the global crossroads.

Heaven Inside A Cistern Philip Blackburn: Justinian Intonations (Neuma Records / May 21, 2021) Buy/Stream It On Bandcamp Many compositions are inspired by specific places or spaces. But, has there ever been one before this inspired by the inside of a cistern? The impetus for Justinian Intonations began as an acoustic test of the tones inside one of several ancient cisterns lurking beneath the streets of Istanbul. The cisterns in question are centuries old. Carved out beneath the city of Istanbul, they are essentially gigantic underground tanks made of marble and granite, with stone columns that support an arched roof. They were built to store the water filtering in from aqueducts through the area. The recording was made in the so-called Theodosius and Basilica cisterns from the 5th and 6th centuries. Some include carvings that, when the cisterns were in use, would have been underwater.  Blackburn analyzed the resonant frequencies, and what he found listening with headphones changed th

From Cuba With Love: Sonidos Cubanos 2 (Neuma Records / June 18, 2021) Stream/Download at the Link The work of five contemporary composers is featured on this new release from Neuma Records. Together, they illuminate the depths of compositional talent of artists of Cuban descent.  Flores Chaviano's NiFe is a sombre tone poem, an appropriately elegiac tribute to victims of a 1995 mining accident in Spain. Ivette Herryman Rodríguez's Memorial sets Chrstina Rossetti's poem 'When I am dead, my derest,' to music. It offers a gorgeous interplay between soprano, (Grammy-nominated soprano Lindsay Kesselman), piano and cello with drama and power. Odaline de la Martinez' Litanies is ominous and atmospheric, building subtley in layers of orchestral colour. Martinez is well known in London's music circles, particularly as a conductor, and the performance by ensemble Lontano is sensitive and expressive.  There are five excerpts from Sabrina Peña Young's Libertaria So

Ambient & Alive David Dunn: Verdant (Neuma Records / May 21, 2021) Note: This binaural recording is best heard with headphones Buy/Stream at the Link What does such a composer do during lockdown, cut off from other musicians and artists? If you're David Dunn, you turn inward. He recorded the sound of his own backyard in Santa Fe, New Mexico, using it as the basis for an entire composition. The result is a 78:44 piece that can serve as peaceful and soothing ambient environmental music, but also stands as a contemporary music. The piece exudes a kind of optimistic modernism, if such a thing is possible, with late 20th century overtones of abstraction and bits of tonality. The ambient sounds of birds and insects blend in and out of electronic violins and drones, among other sounds. The composition unfolds in organic waves.  Dunn talks about the project in a release. "On its surface Verdant probably seems, in its extreme embrace of tonality, reminiscent of much late 20th centu