• Get his latest album 'Country, God or the Girl' here

“Love is harder than war,” says A&M/Octone recording artist K’NAAN, explaining the direction he takes on his new album, Country, God Or The Girl. “I’ve had the chance to write about my experiences in a difficult and violent life. But when the suffering and the pain is something that comes 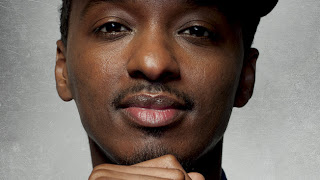 from within me, it’s harder to react and to write about that.”

With his new songs—including the album's irresistible, empathetic first single, "Is There Anybody Out There?," featuring Nelly Furtado—the Somalian-born, Canadian-based singer and MC turns his attention to the most universal emotions and experiences of them all: the personal relationships which everyone struggles with and rejoices in. At the same time, though, he never loses the greater sense of the world that has defined him as an artist. On Country, God Or The Girl, K’NAAN says, marks his attempt to address “the internal wars, rather than the external ones, which I'd been preoccupied with on my previous albums.”

The album is K’NAAN’s first full-length work since his multi-platinum global smash single, “Wavin’ Flag.” After a remixed version of the song was selected as Coca-Cola's theme song for the 2010 FIFA World Cup campaign, the song reached #1 on iTunes in 18 countries around the world.

“’Waving Flag’ made me more confident in how I approach music,” says K’NAAN. “No one believed that song could reach so many people or become such a phenomenon, which made me doubt myself a bit, because I really thought it could touch people. So now any reaction to a song of mine doesn't bother me, because I think it’s more likely that people really do hear it the way I'm hearing it.”

The enormous success of the single opened up countless doors for K’NAAN, as reflected by the caliber and range of guests who appear on Country, God Or The Girl, from Nas on “Nothing to Lose” to Bono on “Bulletproof Pride,” plus appearances by Will.I.Am, Keith Richards, and B.O.B. But it was the FIFA World Cup Trophy Tour, which traveled to 86 countries, that the singer claims made the greatest impact on his music. 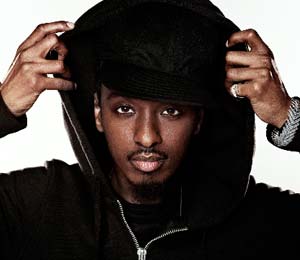 “I went to 22 countries in Africa, back to back,” he says. “Seeing Africa to that degree freed me from having a narrow message in my music.

“A friend told me about working in refugee camps during the Rwandan genocide,” he continues. “When people settled into the evening, though, nobody talked about the horrific tragedies that were happening. They were talking about their lost loves. And that hit me so deeply—how human beings are having the same conversations everywhere, even in times of war and famine. Their favorite songs are always love songs. And I wasn't speaking to them in the place that was most important to them.”

This focus is evident in such songs as “Hurt Me Tomorrow” (one of several tracks produced by hit machine Ryan Tedder, who has worked with such megastars as Beyonce and Adele) and “The Sound of My Breaking Heart.” K’NAAN says that he hopes his lyrics offer a perspective that has become too rare in today’s music.

“The vulnerability in a song like ‘Hurt Me Tomorrow’ is not from a macho place, it's about putting yourself at the mercy of someone else's love,” he says. “I think people are tired of hearing the same stories on the radio, about wealthy people who are always winning. It’s like nobody is allowed to have a bad day anymore, which I don't find believable or attractive at all.”

The product of a creative family, K’NAAN fled Mogadishu with his family at age 13. After learning English, partly by immersing himself in the classic hip-hop albums of the ‘90s, he came to prominence in 1999 with a spoken word performance at the United Nations that caught the attention of Senegalese superstar Youssou N’Dour.


K’NAAN’s debut album, 2005’s The Dusty Foot Philosopher, won the Juno Award for Rap Recording of the Year, and was nominated for the Polaris Music Prize. He signed with A&M/Octone and released the follow-up, Troubadour, in 2009, which won two more Junos, for Artist of the Year and Songwriter of the Year. Along the way he has collaborated with the likes of Mary J. Blige, the Roots, Adam Levine, Mos Def, Keane, and Damian Marley.

Beyond the expansion in the scope of his writing, K’NAAN points to several other songs on Country, God Or The Girl as breakthroughs of a more musical kind. “More Beautiful Than Silence” sees him looking both back and forward. “That really goes back to the tradition of more hard-edged street

rhymes, juxtaposed with romantic hooks—like French melodies against war-torn raps,” he says. “Pre-Troubadour, I was known for my unapologetic rhymes, for being able to call out a situation without political compromise. But I didn't have the melodic chops to execute that, and I’m able to do both now.”

Celebrated for his dynamic live performances, K’NAAN feels that one song truly captures that side of his work in a new way. “I think ‘The Seed’ gets that sound of mine that's so hard to describe—it’s like punk-rock reggae, with lyrics that are direct, where the story follows a chronology. It feels like you're in front of me on stage, like a real experience of my show, and it’s the first time I've been able to record that feeling in a song.”

On Country, God Or The Girl, K’NAAN offers a vision in which the personal is the political, but the personal is also the personal. “Being known for my consciousness and activism can be limiting,” he says. “I do care about the state of the world, but it’s no less true that I care about love and betrayal, heartbreak and pain and loyalty. It's dishonest to ignore parts of yourself just to sustain the idea that people have of you. It would be comfortable for me to just write about politics and consciousness and stay where my fans know me. But to progress musically, I had to open myself up.”

At the same time, though, he warns against the idea that music is something that can be controlled, that it’s possible for any of his work to be fully planned or calculated. “Music is so far beyond the ideas that we have of it,” says K’NAAN. “It’s a mistake to think you can create music. The true thing is that it reveals itself to you, and you're lucky to witness that.”