November 3, 2012 at the Brooklyn Bowl
Check the link for a full tour list through October and November 2012 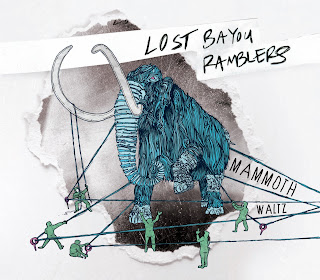 A big hulk of a sound, once frozen in time, now busting out. A rumbling thing of the past, returning in all its glory to stampede through amps and grit and forgotten anthems, stomping merrily out of Louisiana.

Lost Bayou Ramblers have this beast by the tusks: They show how Louisiana’s oldest roots have major life and legs. Their raw, sparkling tunes span underground Cajun and Francophone traditional songs to their wild and wooly originals on Mammoth Waltz, now on heavy-weight vinyl (release: October 23, 2012).

With striking skill, the Ramblers have taken obscure echoes of the past and run them through delay pedals, their own wandering musical sensibilities, and rock attitude featuring a characteristically diverse gang of musical contributors—Louisiana legend Dr. John; 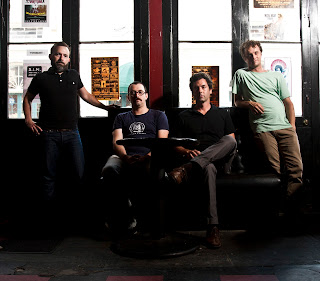 fiddling and a throatsinging cameo by Violent Femmes’ Gordon Gano (“Bastille”); and vocals by French star and Oscar-nominated singer Nora Arnezeder and by actress and chanteuse Scarlett Johansson—the album is rollicking and rough, sweet and intriguing by turns.

“We’re exploring all the possibilities, exploring our options,” explains singer and guitarist Cavan Carruth. “It keeps our music relevant, and it keeps us interested. It also keeps the crowd interested.”

“I feel more and more, the more I listen to the old stuff that really intrigues me, that if they had the technology we have today, they’d be even further out than we are,” exclaims singer, songwriter, and fiddler Louis Michot with a smile. “They were blending all the pop styles they heard with their grandparents’ French ballads. It was all nursery rhymes and rock and roll.”