TORONTO - Opera Atelier’s 2012-2013 season opens with a brand new production of Der Freischütz (The Marksman), OA’s first production from the Romantic period in the company’s history. Premiered in 1821, Weber’s Der Freischütz (The Marksman) is based on German folklore and is widely considered the first important German Romantic opera. This is an artistically bold move into uncharted 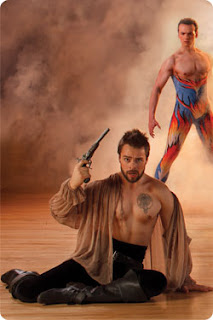 territory for Opera Atelier, which has previously dealt exclusively with Baroque and Classical work from the 17th and 18th centuries. It is part of the company’s ongoing mission to shake off the preconceptions about “period production” by reimagining and revitalizing the great works of the entire operatic canon.

Der Freischütz (The Marksman) is the story of Max, a young man who must pass a test of marksmanship in order to win his love’s hand and claim his position in the community. Frustrated at practice, Max enters into a Faustian deal for seven magic bullets: six will unerringly hit their intended mark, and the final one is at the command of the devil. With its emotional intensity, integration of German folk legend, and depiction of nature as sublime and untamable, Der Freischütz (The Marksman) is a quintessential work of the Romantic era. 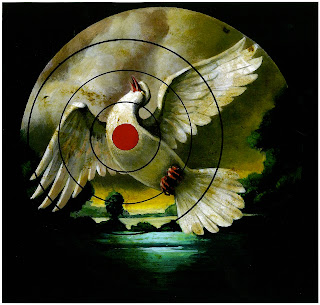 Opera Atelier also gratefully acknowledges the ongoing support of The Canada Council for the Arts, the Ontario Arts Council, and the City of Toronto through the Toronto Arts Council.

Opera Atelier is Canada’s premier Baroque opera/ballet company, producing opera, ballet and drama from the 17th and 18th centuries. While drawing upon the aesthetics and ideals of the period, Opera Atelier goes beyond “reconstruction” and infuses each production with an inventive theatricality that resonates with modern audiences. Since 1985, lead by founding artistic directors Marshall Pynkoski and Jeannette Lajeunesse Zingg, Opera Atelier has garnered acclaim for its performances at home as well as in the United States, Europe and Asia. The 2012-2013 season begins with Der Freischütz (The Marksman), Oct. 27-Nov. 3, 2012, followed by a revival of Mozart’s wildly popular The Magic Flute, Apr. 6-13, 2013.