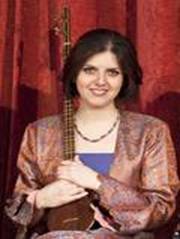 TORONTO – Amid the current political climate and strained Canadian/Iranian relations, it is always the musical voice that rings out with reason. To that end, Link Music Lab and Godot Art Production proudly presents the beautifully defiant vocalist SEPIDEH RAISSADAT, one of the most celebrated Iranian-Canadian artists today, in concert with HAMID MOTEBASSEM, one of Iran’s best loved tar and setar masters. Flanked by the distinguished Iranian all-star MEZRAB ENSEMBLE, the two perform Persian classical music at its finest when they launch their Canadian-European tour on Friday, October 26 at St. Andrews Church, 73 Simcoe Street in Toronto. Doors will open at 7:30 pm. For more information please visit www.linkmusiclab.com.

Persian classical vocalist and musician SEPIDEH RAISSADAT began her recording career at the age of 18, which is no small feat considering singing in public is forbidden amongst women in her native Iran since the 1979 revolution. To her credit, the courageous and rebellious Sepideh was the first female vocalist to have a solo public performance in Iran, in 2000.

With such a dynamic beginning, and having studied with many of the musical greats – such as Iranian Diva Parisa and renowned masters Parviz Meshkatian and Mohammad-Reza Lotfi – Sepideh continued her musical studies at the University of Bologna, in Italy. This led to numerous performances in Europe, notably with Italian musicians Franco Battiato and Andrea Parodi. As well, her stunning vocals and setar performance can be heard on the 2007 movie soundtrack Terra Sancta (Holy Land), recorded in Bologna. She has since garnered many invitations to perform at prestigious institutions, including UNESCO, the Vatican and international media such as BBC and RAI. With three critically acclaimed CDs of her own and guest appearances on numerous albums, she is currently based in Toronto, continuing her academic research in Ethnomusicology at the University of Toronto.

Iranian-born composer, tar and setar player HAMID MOTEBASSEM was raised in a musical family, where violin and tar were mainstays. His father was among an impressive list of teachers that included the masters Habiballah Salehi, Zeydallah Toloie, Houshang Zarif, Hossein Alizadeh and Mohammad 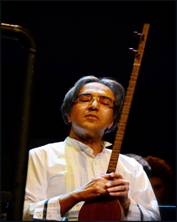 Reza Lotfi. One of the original members of Aref Ensemble, he founded the now defunct Dastan Ensemble as well as Ensemble Chakavak, Mezrab & Pardis upon emigration to Germany in 1986. Now based in Amsterdam, his most current project is Simorq, in collaboration with the renonwned singer Homayoun Shajarian (the son of the famous Mohammad Reza Shajarian.)

Motebassem is the founder of The Society of Tar and Setar and has, since 1994, organized annual seminars dedicated to the two instruments. He has performed on numerous albums of contemporary Iranian composers, and his own works include compositions for traditional instruments.

A Canadian since 2010, the Iranian-born percussionist NAGHMEH FARAHMAND is the daughter of leading master percussionist Mahmoud Farahmand. She has studied Iranian traditional rhythms on tonbak under the supervision of her father, while learning Sufi and Kurdish rhythms on daf and dayereh from teachers Bijan Kamkar and Masoud Habibi. Also fully skilled in other percussion instruments, such as santoor, darbuka, djembe, udu, kanjira, cajon and drumset, Naghmeh has

performed with well-known ensembles in Iran and at festivals and concerts around the world. She is the founder of the Sharghi percussion ensemble, and is in the process of completing her CD Drums and Dreams that will be available for release soon.