Grammy Award-nominated pipa virtuoso Wu Man has released a new DVD as part of her cross-cultural project “Return to the East.” In the film, titled Discovering a Musical Heartland: Wu Man’s Return to 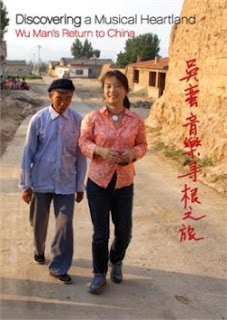 China, she documents her most recent expedition through China’s remote regions as she unearths ancient musical traditions that are in danger of being lost among the more popular musical trends in the country today. Over the course of this independent project Wu Man interviewed family bands including the Hua Family Shawm Band, the Li Family Taoist Yin Yang Band, and the Zhang Family Shadow Puppetry Band to expose musical rituals and lifestyles to audiences outside of China.

The 35 minute film was funded by Mr. and Mrs. Robert O’Grady, the Foundation for Chinese Performing Arts, The United States Artists Project, and the Silk Road Project. Additional funding was made possible by advertising through USA Projects. A promotional video can be found through their website www.usaprojects.org.

• Discovering a Musical Heartland is currently available at Amazon.com for $14.99.

Wu Man began returning annually to China in 2007 to help revitalize ancient musical traditions while at the same time exploring the genealogy of the pipa, an instrument with a more than 2,000 year history. Her travels also produced the acclaimed CD/DVD Borderlands, which was released by Smithsonian Folkways and the Aga Khan Trust for Culture in May 2012.

Wu Man said “I hope that through the documentary film, the audience can travel with me to China’s remote countryside to discover music rarely seen or heard outside of these areas, to see the inside of China.” 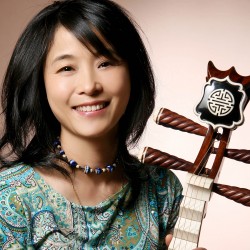 Wu Man will perform in New York City to celebrate Discovering a Musical Heartland at Symphony Space on December 7 at 7:30pm in the Leonard Nimoy Thalia Hall. As part of Symphony Space’s Global Salon series, Wu Man will speak about the DVD as well as her partnership with the Traditional Crossroads label, which has produced albums such as Wu Man and Friends and Immeasurable Light. In this intimate setting she will perform selections from these albums as well as moderate a question and answer session about her recent “Return to the East” projects.

Wu Man’s 2012-13 season highlights include another “Return to the East” project called Wu Man and Aboriginal Friends from Taiwan, which will be presented during the New Vision Arts Festival in Hong Kong on November 15. Wu Man will tour the United States with the Silk Road Ensemble, and throughout the 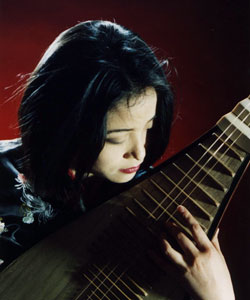 month of February she will perform as the guest soloist on a ten-city tour of the United States with The Knights. During this tour she will perform Lou Harrison’s pipa concerto as well as her own new composition Blue and Green. Wu Man has also been commissioned to perform the world premiere of a new pipa concerto by composer Zhao Jiping with the Sydney Symphony Orchestra in October 2013. Known as “the John Williams of China” Zhao Jiping is the six-time winner of the Chinese Academy Award for Best Original Score.

Having been brought up in the Pudong School of pipa playing, one of the most prestigious classical styles of Imperial China, Wu Man is now recognized as an outstanding exponent of the traditional repertoire as well as the leading ambassador for the globalization of contemporary pipa music. To find out more about Wu Man, please visit her Facebook fan page and her website www.wumanpipa.org