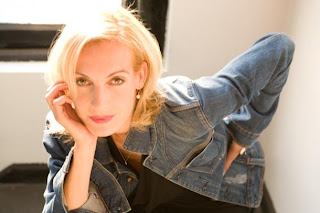 October with dates on October 4, 5, 6, 30 and 31. Joining Lemper for the run at Joe’s Pub are Tito Castro and JP Jofre on Bandoneon, John Benthal on Guitar, Steve Millhouse on Bass and Andy Ezrin on Piano.

In 1949, Pablo Neruda fled from Chile to Argentina and Europe because of his anti-fascist political and artistic activities and writings. His main poetic creations were written during this time in exile. The songs featured here are interpretations of poems Neruda wrote on the Chilean Isla Negra after years of exile. He dedicated many of them to his wife Mathilda. This very delicate and beautiful songbook created by Lemper is presented mainly in Spanish, but also has adaptations in French and English. It is a fantastic celebration of the especially sensual poetry by Neruda who is also renowned for collaborating with Pablo Picasso on highly political, inspired works and his 1971 Nobel Prize in Literature.

Lemper is a master of the German repertoire of the Weimar Republic, particularly the expressionistic, beautiful songs of Bertolt Brecht and Kurt Weill. Lemper feels Neruda’s work has a similar quality to it. “It’s 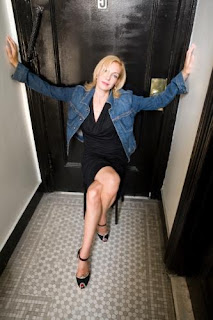 playful and provocative at the same time and yet somehow still subversive,” she said in the beautifully shot video about the new work. Watch the behind-the-scenes video of Ute Lemper Sings Pablo Neruda Song Cycle Of Love Poems on YouTube.

Ute Lemper has made her mark on the stage, in films, in concert and as a unique recording artist. Her diverse credits include musicals, such as her breakthrough role in the original Viennese cast of Cats, the title role in Peter Pan, a recreation of the Marlene Dietrich-created Lola in The Blue Angel, the original European Sally Bowles in a Paris production of Cabaret, and Velma Kelly in Chicago, for which she won the Laurence Olivier Award in London. She has collaborated with Scott Walker, Nick Cave, Tom Waits, Elvis Costello, Philip Glass, and Neil Hannon, among many others. The New York Times calls her a “confrontational entertainer and heir to the political cabaret tradition of Weimar-era Germany…Ms. Lemper doesn't perform anything that isn't propelled by an idea."