Watcha Clan with First of Three Remix Digital EPs
we are one remix
The Watcha Clan is back in the mix!

For over ten years Watcha Clan has been one of the most innovative music collectives for globally inspired grooves, always exploring new sounds from their inspirational headquarters in the melting pot of Marseille. 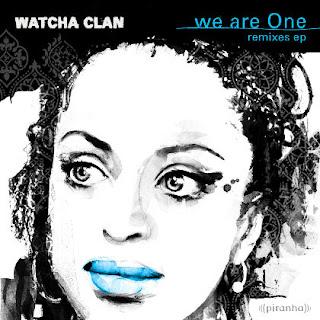 Following their highly praised studio album „radio Babel“ Watcha Clan will now kick off a series of 3 digital only EPs created in an interactive process with their fanbase and professional music colleagues all over the world. The first EP will consist of 5 Remixes of the title „We are One“ with remixers from UK, to Mexico, Spain, UK, Germany and France.

The title carries a strong political message to the people out for a human world driven by tolerances and no hate between religion and a call for a human society without borders and walls. Their music still is in the Diaspora, personified in the voice of Sista K whose mixed Ashkenazi, Sephardic and Berber ancestry epitomizes the borderless roots of Watcha-Clan‘s music manifesto. Jewish, Muslim, Catholic or atheist? It doesn‘t matter. The future lies in faith in man and woman, brother and sister-hood. 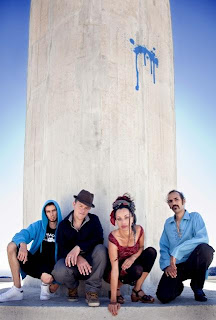 Marc Mac (4hero):
“I loved doing this remix, the original has so much space and changes in mood, these are great elements to do something creative“

Danochilango:
“I´ve been following Watcha Clan´s steps for some years and they´ve always surprised me with fresh global sounds, so the first time I heard the track „We Are One“, that very first guitar riff in the song transported me to a place somewhere in Asia, and knowing Watcha Clan´s eclectic style i thought that the track would have an Asian flavor to it, but it turned to be more of a urban feeling which I loved and made me forget all about that first impression... So here it is, thanks to the opportunity of remixing this track I got the chance to make an interpretation of how I thought it would sound with that Asian „flava“...
Enjoy!“ 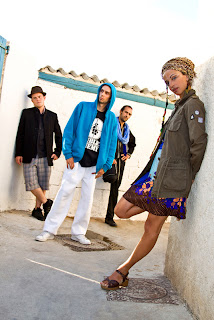 MC Sufferah:
“I always wanted to remix a Watcha Clan track actually , ever since having met the group in june 2007 in Berlin whilst working on ‚Germany in search of a new national anthem‘. We are one shares the same message that I beleive in as well and thus was a great track to remix.“

Superpendejos:
“We really enjoyed doing this remix, as we share the perspectives and the message of love of our admired Watcha Clan, Our idea was pretty clear, we wanted to express the happiness and lovely feeling of OneNess. All is connected … All is One and All is Love“