New York – The New York African Diaspora International Film Festival (ADIFF) will showcase 54 films from 30 countries during its 20th edition.  With topics ranging from the challenges of life after

war to the complications stemming from a one night stand, the festival will unveil 35 US and NY Premieres between November 23 and December 11, 2012.

Among the films set to premiere are The Pirogue by Moussa Touré (US Premiere, Senegal) and La Playa D.C. by Juan Andres Arango (NY Premiere, Colombia) -- two films coming directly from the Un Certain Regard selection of the 2012 Cannes Film Festival -- as well as the NY Premiere of long awaited epic drama Toussaint Louverture by Philippe Niang (NY Premiere, Haiti/Martinique) which received multiple awards at the Pan African Film Festival in LA.

Chief in the selection is the work of filmmakers who have focused their attention on the African-American experience.  Tango MacBeth by Nadine M. Patterson offers an original and imaginative way of bringing a classic to contemporary times. Moving back and forth, the drama of the play intertwines with the drama of making the film;  The Next Day by New York born and trained independent African-American director/producer/lead actor Al Robbins is an interesting character study that explores what happens the day after two seemingly well-adjusted, responsible adults act irresponsibly during a one-night stand;  Times Like Deese – You can’t keep a man down always by Marten Schmidt and 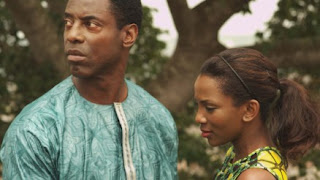 Thomas Doebele takes us on a journey through contemporary America by way of the Blues and its performers. Starting with current events, the economic crisis and the election of the first Black president, we go back to the origins of the Blues, to the cotton fields, to poverty, discrimination and the fight for equal rights.

TV personality, writer, journalist and actress Rolonda Watts gives an outstanding performance in A Mother’s Love by Tim Alexander, the story of three generations of broken women that explores how family love helps to heal the pain.  Actor/director Brook Bello, whose film was featured in Essence and Ebony Magazines, has written and directed a powerful visual testimony about life after sex-slavery and abuse in Survivor. A talented cast, including Tory Kittles (Get Rich or Die Tryin’, Miracle at St. Anna), Billy Zane (Sniper, Titanic) and up-and-coming actor Chadwick Boseman forcefully carries the action drama The Kill Hole by Mischa S. Webley and New York based filmmaker Samein Priester offers a moving film diary that looks at fatherhood in the lives of men in Harlem with 1st&4ever. 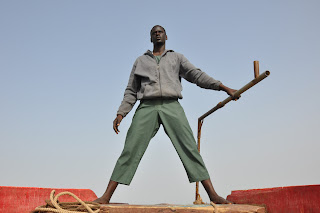 Pirogue, La Playa D.C. and Toussaint Louverture -- include Dignity by Olivier Langlois, a riveting fiction following the 1947 five months strike of the rail workers of the French Colonies in West Africa; South African Hopeville by John Trengove which tells the story of a reformed alcoholic on a mission to forge a relationship with his estranged son and with a community with a long history of hate, corruption, fear and apathy; Romantic drama from Trinidad and Tobago Between Friends by Omari Jackson, Honduras-USA co-production Garifuna in Peril by Ali Allie and Ruben Reyes, HIV/AIDS drama from South Africa Inside Story: The Science of HIV/AIDS by Rolie Nikiwe and Namibian short Dead River by Tim Huebschele, among others.

The festival will also premiere remarkable documentaries offering a global perspective on current issues including Dutch/Mozambique production Guerilla Grannies by Ike Bertels which follows Monica, Maria and Amelia as they talk about their lives after ten years as guerrilla fighters in the Mozambican war against 500 years of Portuguese colonialism; Sister by Canadian filmmaker Brenda Davis which tells the story of health workers in Ethiopia, Cambodia and Haiti and offers a revealing portrait of people whose daily work is to help women give birth in an atmosphere of low prenatal care 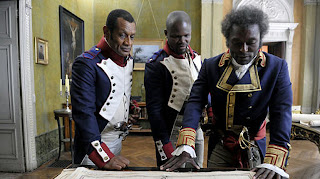 and high maternal and child mortality; and One Fine Day by Dutch filmmaker Klass Bense an inspirational film that illustrates how six people, from different cultures and religious backgrounds, all made a significant and positive impact on the life of many through a selfless, small non-violent act.

Silent Stories by Belgium filmmakers Hanne Phlypo and Catherine Vuylsteke offers a beautifully shot, quiet and poetic portrait of two men and two women whose sexual identity forced them to leave Dakar, Algiers, Conakry and Baghdad; Here We Drown Algeriansby Algerian filmmaker Yasmina Adi documents the brutal repression confronted by thousands of Algerians who marched in Paris on October 17, 1961 to protest against the curfew imposed on them by the French colonial powers. The killings that took place on that day were acknowledged publicly for the first time three weeks ago on October 17, 2012 by current French President Francois Hollande.  The United States of Africa by Canadian filmmaker Yanick Letourneau is a new film documenting African hip-hop pioneer Didier Awadi as he records African Presidents, an album spotlighting revolutionary African leaders like Thomas Sankara, Patrice Lumumba and Kwame Nkrumah, who led Africa’s struggle for self-determination.