Company classics, fan favorites and new works commemorate four decades of AOTDC's existence and pay homage to its founders, directors, and mentors. Join the festivities and celebrate this milestone with AOTDC! 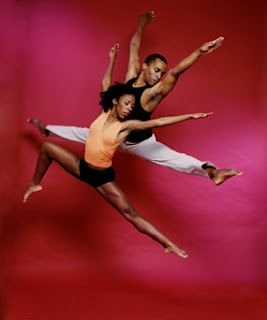 In acknowledging the past and presenting the future Alpha Omega Theatrical Dance Company’s season includes a world premiere tribute to founder Ronn Pratt. This newest work “ICU” choreographed by artistic director, Enrique Cruz DeJesus reflects on caring for a friend in need through a crippling moment in life, and after all is lost but not forgotten, the meaning of life is revealed.

In Andy Torres’ “Three Looks at Love” the classic love story takes three spins – sweet, sour and funny! This throw back never grows old.  The female cast of “Essence” by Martial Roumain is a portrait of four very different but all together strong women who have equally important stories to share. Audiences relate to them one and all. 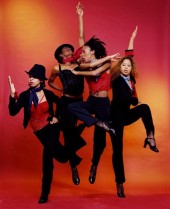 The powerful abstract “Tabernacle” by Eleo Pomare based on James Baldwin’s Fire Next Time gets your heart and thoughts racing and the pace and intensity fill the room.

From then and there, to here and now…Enrique Cruz DeJesus rounds out the program with 21st Century wit, passion and flair.“Crossroads to Hathaway” by Cruz DeJesus performed with live music by Ty Stephens and the SoulJaazz Band set the tone for the evening. This journey is high flying, easy come and easy go, with real stories from a sack of dreams found in the ghetto.  And all to the soulful sounds of Donny Hathaway. Also by Cruz DeJesus with Angel Garcia is the all time favorite “Pegao.” This contemporary saucy Salsa is hot, hot, hot and you are guaranteed to be on your feet. 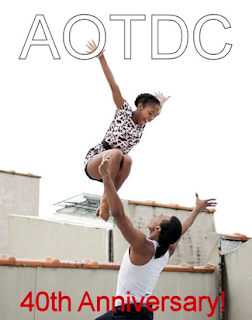 Join the festivities and celebrate this milestone with AOTDC!