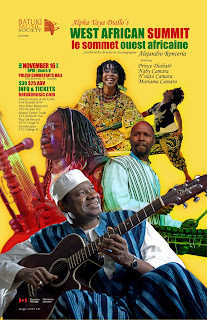 This ground-breaking production brings to the stage the wonder of West Africa’s Bafing River. Like the river, the music flows through the sounds and spirit of Senegal, Mali and Guinea, full with the magic of this storied region and its rich cultures.

“Since coming to Canada, I have dreamed about bringing together both the dance and music of Guinea to the stage. N’nato and I have performed together for many years but we have never really built a big show... something with energy and colour and movement... something that explodes on the stage.  I performed with Prince Diabaté at the Vancouver Jazz Festival and Hollywood Bowl in 2000. We’ve wanted to work together ever since and now is the time. And Naby, he is simply one of the best balafon players anywhere.” – Alpha 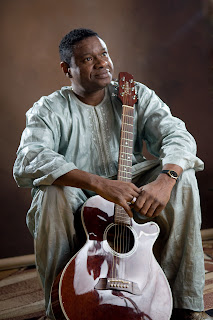 
Batuki Music Society gratefully acknowledges the support of Canadian Heritage.
"nurturing and strengthening cultural diversity through music and the arts."