Washington, DC’s kings of Tropicaliente, the Empresarios, have found the Magic Sound! For their second album, Javier Miranda and his band of dance floor sorcerers have melted together Salsa, Dub, Cumbia, House and Reggae into 13 mind-bending, genre-busting pieces of wizardry and dubbed it “El Sonido Mágico.” 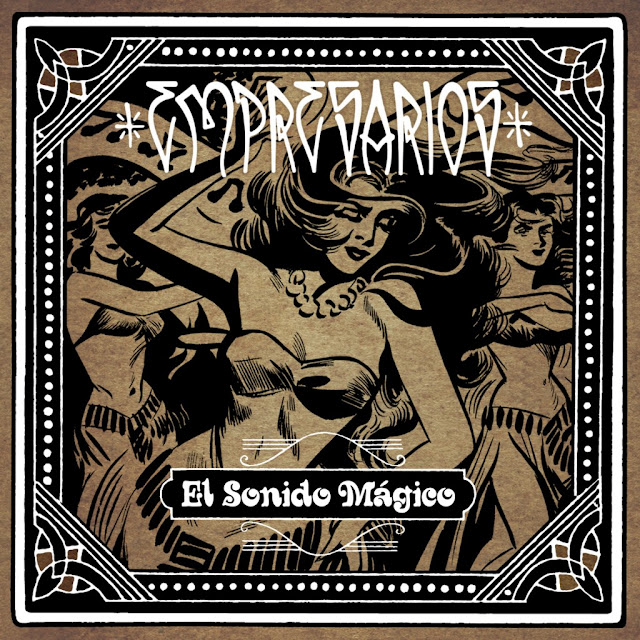 In the year and a half since their debut smash “Sabor Tropical,” the Empresarios have been busy. Hitting the road with their full band, dominating the floor from the DJ booth and getting deep in the studio refining their sound on remixes and Eps. And all their hard work shows on this new release! “Salsa de Gala” and “7th Street Groove” bring some hometown flavor to the mix with updates on the 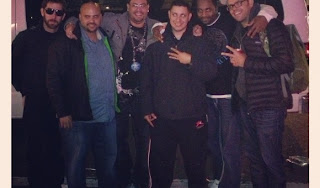 classic Downtempo vibe and the bucket drum rhythm respectively. “Volume” is a floor-burning dose of Latin disco house to be chased with “Rompan Fila,” a tequilla-soaked Latin Reggae riddim that’s just relentless. “Quinto Nivel” takes the record to the next level with an Eastern Electro Cumbia fusion, and “Rey de Reyes” finishes the album with grand flair inna Dub style.

With hints of Kingston, San Juan and New York heard throughout, the elements are familiar yet the end result is a one-of-a-kind “Tropicaliente” sound. Each member brings his own background and influence to bear, with singers Frankie Rosado and Felix Perez figuring prominently on numerous vocal scorchers. Adding even more flavor are plenty of horns, melodica and percussion throughout. The 13 tracks on “El Sonido Mágico” represent the Empresarios continued exploration into the sounds of the tropics with an ear to the past and an eye on the future.