"You have a gift for the pen. From a lyrical perspective it doesn’t get much better than this!... [we] listen to a lot of songs and read tons of lyrics and it’s good for you that the cream does rise to the top! This is wonderful and worthy work!" Great American Song Contest 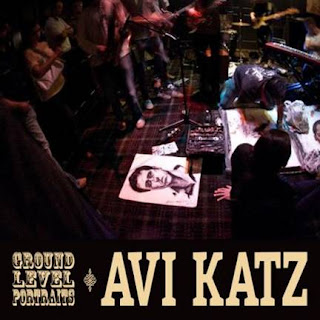 [Toronto ON]  With accolades like this, plus the respect of top industry players such as acclaimed producer Maury LaFoy (Kat Goldman, The Monkey Bunch) and Russell Broom (Jann Arden/Chantal Kreviazuk) on the mixing board, you’d think Avi Katz had been honing his songwriting craft for years.

Not so. While always a creative spirit and eternally drawn to playing music (incl. clubs in Toronto, Montreal, Greece, & New Orleans), as well as guesting on fellow musician CDs, he never set pen to paper until just a few short years ago. Instead his imagination took root in the fertile ground of the film industry as the go-to creative tek-man in the world of animation and visual effects (some feature works include Everyone's Hero (Christopher Reeves), "9" (Tim Burton), and Gnomeo & Juliet (Elton John/Miramax).

But the early days of listening to his parents’ vast record collection painted an indelible visual effect on his singer-songwriter heart.  With the steadfast encouragement of musical peers, Katz finally decided to give voice to the characters, stories and melodies that played as soundtracks to his daydreams. The result?  Ground Level Portraits, an intimate collection of smoky, whisper-voiced tales set to blues, folk, country, Americana, even funk.

Add to the mix a top-flight roster of Toronto’s best musicians including LaFoy on bass, guitar, organ and percussion, guitarist Jason Fowler, drummer Jorn Anderson and guest spots by Kurt 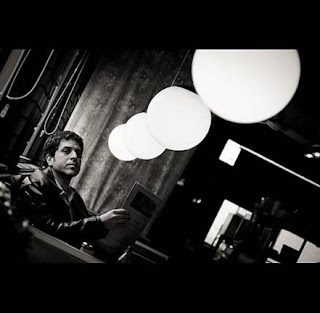 Swinghammer on lap steel, Ron Korb on flute, Lyle Molzan on percussion, and Mia Sheard on backing vocals, and you have no ordinary album.

These lucky 13 songs defy any narrow categorization, merging seamlessly a myriad of musical styles and covering the scope of human experience. From lost souls, misguided fools and the curse of mortality, each song is rendered with Katz’s distinctive voice and exceptional musical excursions.

Securely invested in storytelling and insightful lyrics, there is a universal resonance from tales of people caught up on the treadmill of life, unable to change or buck gravity (“Ordinary Day”) to a twist on the notion of Child is Father to the Man (“Is It Free”).

From the Johnny Cash-like bluster of “Goin’ Home” or the fear and longing for something better that percolates through “Pack Up and Run”, Katz has crafted something that may have started at ground level -- but delivers on a higher plane.