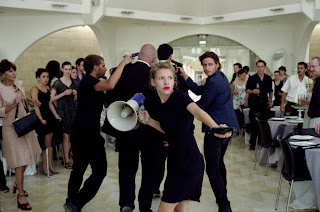 (Toronto) TJFF presents the Canadian premiere of Policeman, an explosive Israeli film directed by Nadav Lapid, which received critical acclaim as one of the best films of 2011 by Film Comment and The Village Voice. The film also earned three awards from the Jerusalem Film Festival, and a special jury prize at the Locarno Film Festival.

Lapid’s film centres on Yaron (Yiftach Klein) part of an elite Israeli anti-terrorism unit that is pitted against a group of young anarchists. Tackling Israeli machismo, as well as the country’s growing economic inequalities, Policeman has gained much international attention and controversy for its 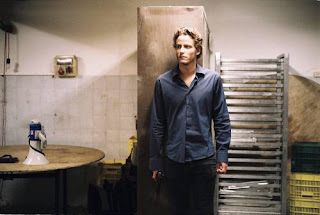 subject matter and characterizations, as well as its bold cinematic approach.

"An experiment in tone that posits a new direction for Israeli cinema, Policeman is bathed in cool emotional detachment deliberately juxtaposed against its operatic story.” (National Centre for Jewish Film)

The film speaks to the global Occupy movement. But in Israel, the film had a particular resonance. Two days after the film’s first public screening in the summer of 2011, large social protests began in Israel.

“During these months of protests I witnessed scenes on the streets of Israel that reminded me, in an unbelievable way, of my film,” describes Lapid. “It’s as if reality has interpreted scenes from my 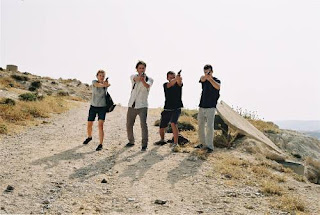 script, and the streets of Tel Aviv and Jerusalem had become the shooting set.” All this forced the esteemed Israeli film critic Uri Klein to suggest that compared to the other Israeli films produced that year “which seemed to me outdated and divorced from their times, in Policeman I felt the beat of the present historical moment.”

Born in 1975 in Israel, Lapid studied history and philosophy in Tel Aviv, then film at the Sam Spiegel Film & Television School in Jerusalem.  His graduation film Emile’s Girlfriend screened at the Cannes Film Festival in 2006. He participated in the Festival de Cannes Residence, where he wrote the script for Policeman, which is his feature debut.