ecstasy: Based on the Novel by Irvine Welsh Opens in Toronto November 23 2012

BASED ON THE NOVEL BY IRVINE WELSH

Toronto) Based on Trainspotting author Irvine Welsh’s controversial book, ecstasy: Three Tales of Chemical Romance, ecstasy offers yet another angle on lives lived in a chemically-altered reality and questions whether love itself can be merely another “drug experience.” 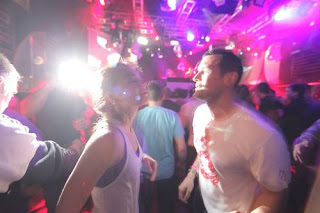 Rob Heydon’s twisted tale explores the euphoric highs and the devastating lows of a chemical romance.  Lloyd (Adam Sinclair) is on top of the world – beautiful girls, great club sounds, and a neverending supply of the “love drug” Ecstasy, courtesy of his smuggling sideline for the local drug boss Solo (24’s Carlo Rota).  But when he meets Heather (Kristin Kreuk) he is forced to question if the love he feels is real or just another chemical high.  As cracks appear in his world he realizes he wants out.  If he can just pull off one last trip for Solo, he’ll be free.

ecstasy also features Billy Boyd (Lord Of The Rings) as DJ and e-prophet Woodsy, cameos from John Digweed and Rush guitarist Alex Lifeson, and a pulsing soundtrack from some of the industry’s 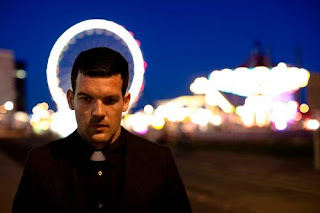 biggest names, including Tiesto, Coldplay, Orbital, Primal Scream, Bonjay, The Mahones and Hawksley Workman. Directed by Rob Heydon, ecstasy was shot in 2011 on location in Scotland, Amsterdam and Canada.

“I set out to shoot ecstasy using a docu-drama style to make the story more realistic, to convey a sense of events unfolding before the eyes of the audience,” says director/ producer/writer Rob Heydon, a fan of camera-verite techniques from the French New Wave. “Our goal was to have the audience ‘see’ ecstasy; to have them ride the contagious, compelling tactile experience; to have them fully experience the character’s energy and electricity, so that they leave the theatre high on life.”

Following its Toronto run, ecstasy will screen in Montreal, Vancouver and other Canadian markets.