TORONTO - His trademark cowboy hat and penchant for wearing black have led some to dub him 'Cuba's Johnny Cash'. Eliades Ochoa is considered one of the most important Cuban 'soneros' of all time 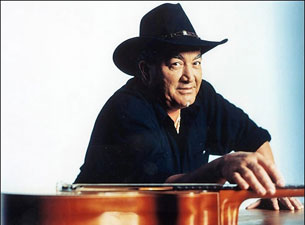 and guardian of traditional Cuban music. His trademark cowboy hat belies the fact that he is a 'Guajiro' (from the countryside), and his musical interests run along this traditional line. His repertoire includes 'son', 'guararcha', 'bolero', 'changüi', and 'Afro-Cuban' music. Eliades has added D and G-strings to his tres (Cuban guitar), to get his distinctive paired-string chime.

Ochoa is one of the key members and contributors of the Buena Vista Social Club. With roots in “guajira” (Cuban country) fans won’t be able to sit still when his eight piece band creates an infectious sound of country, salsa and traditional rock. The authentic Afro-Cuban beats will have the audience movin’ and groovin’ all night long.

The cultural phenomenon, Eliades Ochoa, is a living testament to the universal popularity of Cuban “son” music. Although a younger member of the Buena Vista Social Club, he is backed by a nearly half century long music career and has become something of an elder statesman. Eliades Ochoa picked up his first instrument at the age of six and by his early teens was the leader of the legendary group Cuarteto Patria. His trademark cowboy hat and penchant for wearing black has dubbed him as 'Cuba's Johnny Cash'. Eliades Ochoa is considered one of the most important Cuban 'soneros' of all time and guardian of traditional Cuban music.

Recruited into Buena Vista Social Club, Eliades Ochoa immediately became internationally recognizable for his recordings and films of his performance of the traditional Cuban song "Chan Chan" with the late Company Segundo. 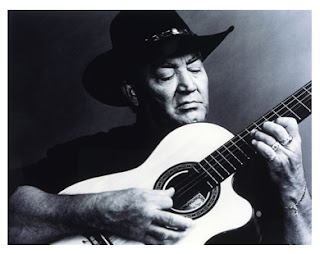 Having performed live for over five million fans, Elides Ochoa and his band have released several recordings, keeping the sounds of traditional Cuban music alive for generations of new fans worldwide. Eliades Ochoa’s latest album, AfroCubism was nominated for a Grammy Award for Best World Music Album in 2012.

Eliades Ochoa is a sought out artist in many countries around the world. With limited performances in the US and Canada, fans have traveled to far as Europe to see Eliades Ochoa perform live. Considered a living legend and the face and sound of Cuban music, Eliades Ochoa consistently performs to sold out shows on a nightly basis in Europe. He is also the main attraction at some of the world top jazz festivals. Advance tickets sales to his shows have produced sold out concerts in mere hours in some of Europe's top theatre venues.

The upcoming performances at the Museum of Civilization Theatre, L’Astral Music Hall and the Danforth Music Hall Theatre will allow Eliades Ochoa’s fans a rare, intimate and interactive experience with the iconic performer and his legendary band.