Screening November 20 & 23 2012 at the Bloor Cinema (Toronto)
TORONTO - Marika Bournaki has quickly become one of Canada’s brightest young stars. Heralded as a piano prodigy at the age of five, and performing as a soloist with world class symphonies at the age 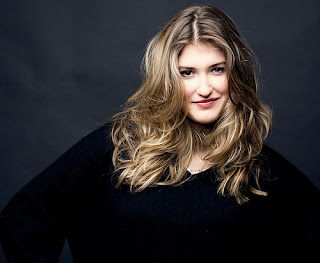 of 12, she has won the hearts and praise of audiences and critics from around the world.

Bobbi Jo Hart’s I Am Not A Rock Star gives us a unique and intimate portrait of this young artist. Hart followed Marika over the past eight years of her life (from age 12 to 20) providing us a rare and revealing glimpse inside an artist’s evolution. It’s amazing to watch Marika’s development from a young ambitious girl to a forcefully determined (and sometimes rebellious) adolescent while witnessing her talent grow exponentially in the competitive and demanding world of classical music. Growing up is hard but growing up with this high level of talent is even harder. (Robin Smith, Hot Docs)

Co-presented by the Toronto Symphony Orchestra.