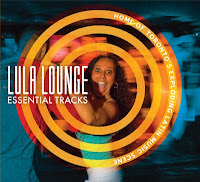 TORONTO – Lula Music Arts Centre continues to mark Lula’s tenth year with a three-part fall series that brings together two international guests, HECTOR BUITRAGO and ALAIN PEREZ, with groundbreaking, Toronto-based artists. Lula hosts the Latin lovefest concerts Nov 22 and 28 and then concludes at the end of November with the launch of Lula Records and the first volume of Lula Lounge - Essential Tracks.

Lido Pimienta launches Bridges, a series of concerts at Lula that will make connections between local and international alternative and nuevo Latino artists. Grammy award-winner, Hector Buitrago, known for his work with the hugely popular Colombian rock/pop band Aterciopelados, is Lido's first guest in 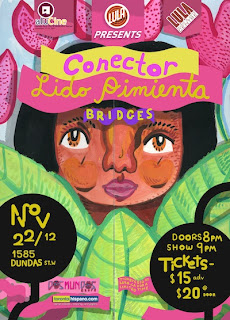 the series. A legend of Colombian music, Buitrago joins series curator Pimienta to collaborate, experiment and interpret the compositions of both artists – building new spiritual and aural soundscapes. Buitrago and Pimienta create a vibe of mystic tribalism that takes the audience on a musical journey through a whole chromatic circle of sound.

Hector Buitrago
As part of one of Colombia's most popular groups, Buitrago fused socially-conscious rock with a variety of Colombian musical styles, receiving accolades from Rolling Stone, NPR and Vibe Magazine. In 2006, Hector released his first solo work Conector which featured guest vocal appearances by an array of platinum-selling artists, including Julieta Venegas, Alex Ubago and Echeverri. The album is a musical and spiritual journey with Buitrago forming connections between different cultures, ways of thought and life through music. www.Conhector.com

Lido Pimienta
Colombian-born Lido Pimienta's international reputation is based on her work as an innovative composer, vocalist, writer, illustrator and most of all as creative collaborator. She has previously performed or recorded with almost everyone in the alternative Latin music scene including Buitrago, Liliana Saumet of Bomba Estereo, El Hijo de La Cumbia, Natalia Lafourcade, Isa GT, Javiera Mena, Capullo and Quantic. http://soundcloud.com/lido-pimienta 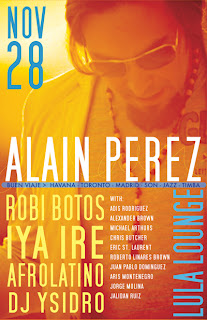 Madrid based, multi-instrumentalists, composer and band leader Alain Perez appeared at Lula earlier this year as part of the Lulaworld festival. His breathtaking performance inspired us to invite Perez back to perform with fellow Cuban artists living in Canada.

The night will begin with a performance by the traditional Afro Cuban ensemble Iyá Iré who recently appeared with Jane Bunnett and Chucho Valdes at Koerner Hall.

Perez's contributions to the evening commence with an exploration of his Latin jazz material in a sextet formation. Audiences can expect a fuller version of the repertoire that Alain introduced in a trio format during his concert in May. Local players include Ahmed Mitchel, Roberto Linares Brown and Luis Deniz.

A full-fledged Cuban dance party gets underway during the second set, when Alain treats us to the first Canadian performance of his timba repertoire. A leader in the style of Cuban timba, Perez is the subject of four volumes of Beyond Salsa Bass, by Kevin Moore. Moore calls Perez “one of the most talented bassists, composers and arrangers of modern Cuban music.”