What does it truly mean to be exonerated?
Literally, it is to be proclaimed innocent after having been convicted of a crime.
But what effect does it have on a person, a soul, a life?
To have one’s freedom and self-respect stripped away and then, ostensibly, returned years later, after decades of incarceration? 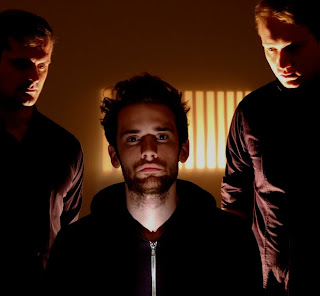 THE EXONERATED, as interpreted by Third Eye Ensemble, attempts to answer this question through the words of six innocent men and women who emerged from years on death row to try to reclaim what is left of their lives.

Third Eye Ensemble will be donating a percentage of their proceeds to the Association in Defence of the Wrongly Convicted, a non-profit organization dedicated to identifying, advocating for, and exonerating individuals convicted of a crime that they did not commit.
Rubin ‘Hurricane’ Carter was AIDWYC Executive Director for over 10 years.

“If you're not harboring any kind of malice, any kind of stuff like that in your heart, there really ain't too much to be afraid of.” -Delbert Tibbs

Montreal, November 2012. In this remount of Third Eye Ensemble’s inaugural production of The Exonerated, we hear the words of six innocent men and women who emerged from years on death row to reclaim what is left of their lives. What does it truly mean to be exonerated? Literally, it is to be proclaimed innocent after having been convicted of a crime. But what effect does it have on a person,

a soul, a life; to have one’s freedom and self-respect stripped away and then, ostensibly, returned years later, after decades of incarceration?

Culled from interviews, letters, transcripts, case files and the public record, The Exonerated tells the true stories of six people sent to death row for crimes they did not commit.  In this 90-minute play we meet Kerry, a sensitive Texan brutalized on Texas' death row for 22 years and Gary, a Midwestern organic farmer condemned for the murder of his own parents.  We are introduced to Robert, an African-American horse groomer who spent seven years on Florida's death row for the murder of a white woman. We hear from David, a shy man with aspirations to the ministry, bullied into confessing at 18 to a robbery/murder he had nothing to do with, and from Sunny, a bright-spirited hippie who spent 17 years in prison, along with her husband, for the murder of two police officers. And finally, Delbert, a poet who serves as the play's central character, convicted of a rape/murder in the Deep South of the 1970s. These six interwoven stories paint a picture of a criminal justice system gone horribly wrong and of the six brave souls who persevered to survive it.

For Jessica Blank and Erik Jensen, “the work we do together is grounded in asking audiences to empathize with people who they might not normally empathize with.” For director Kent McQuaid, “One of the most compelling things about this piece is the diverse psychological reactions of six people that have suffered through a comparable trauma.”

The Exonerated was first presented in 2011 for four days as an introduction to Third Eye Ensemble and sold out every night. This being the play’s 10th anniversary, Third Eye Ensemble is proud to present it to you again, for a full run. For director Kent McQuaid “a remount is a rare opportunity to

revisit a character that has been allowed to settle. We’ve found that the path to the heart of the character is much clearer and as a result, the impact of the play is stronger.”

An interview with the playwrights: