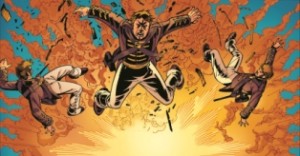 Montreal – The National Film Board of Canada (NFB) is offering Canadians an entertaining and free way to rediscover their country’s history with The Loxleys and the War of 1812, an interactive graphic novel app for tablets, produced in partnership with the Department of Canadian Heritage and based on the book by Renegade Arts Entertainment.

Synopsis
The Loxleys & the War of 1812 is an interactive graphic novel that tells the historically-based story of a fictional Upper Canadian family called the Loxleys. Torn apart by the war that raged along the Niagara Peninsula over 200 years ago - the Loxleys take part in battles, meet legendary historical figures, and do whatever it takes to survive.

Reframing the war for a tablet audience, The Loxleys & the War of 1812 takes us right inside this conflict, lets us feel, hear, and see its effects on an average family, so that we come to viscerally understand the truth of what Eliza Loxley writes in her journal: that in war, “no side has a monopoly on atrocities.” 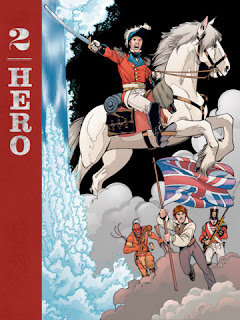 The app is now available, free of charge, in both of Canada’s official languages, at the Apple App Store with an Android version launching on Google Play on December 18.
The Loxleys and the War of 1812 is the latest in a family of NFB apps for tablets and reflects the NFB’s commitment to sharing Canada’s stories and showcasing Canadian media innovation in film and digital productions. It was produced by Jennifer Moss and executive produced by Loc Dao, with Vincent McCurley as creative technologist.

About the app
The Loxleys and the War of 1812 tells the historically-based story of the Loxleys, a fictional Upper Canadian family torn apart by the war that raged along the Niagara Peninsula some 200 years ago. This interactive graphic novel re-frames the War of 1812 for a tablet audience, allowing us to see how the conflict affects one particular family, and, in turn, how that family’s experience weaves into the larger tapestry of the war.

The Loxleys and the War of 1812 offers an immersive history experience for users aged 12 and up, with vivid illustrations, animation, music and sound effects. It includes an interactive map that shows users where they are in the story as they follow along and a soundtrack featuring prominent Canadian, 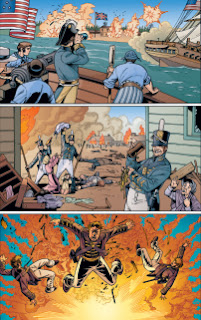 American and British indie bands. The NFB will also offer Canadian educators a study guide to help them incorporate the app into their classroom activities.

Canadian colourist Lovern Kindzierski has been recognized by the Comic Buyer’s Guide survey as one of comics’ most influential colourists of all time. The graphic novel was lettered by multi-award-winner Todd Klein (The Sandman).

The Loxleys and the War of 1812 is the latest in the NFB’s growing family of apps, which also includes the PixStop app for iPad, which lets users make their own stop-motion animation films.
graphic novel interactive graphic novel ipad app national film board of canada renegade arts entertainment stories about the war of 1812 the war of 1812