NEW YORK CITY - Tomas, an Afro-Colombian teenager who fled the country's Pacific coast pushed out by the war, faces difficulties of growing up in a city of exclusion and racism. When Jairo, his younger brother and closer friend disappear, Tomas is forced to leave his home to look for him. 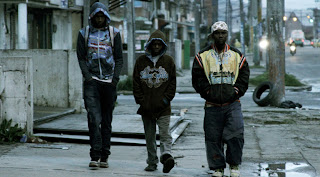