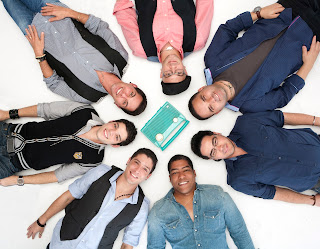 music is. This Latin Grammy and two-time Juno Award-winning artist's music is "like getting a coat of sunshine applied to your eardrums." (Halifax Chronicle Herald) Returning after his Koerner Hall debut in 2010, Cuban jazz pianist Alfredo Rodriguez performs at The Conservatory on November 17. He made his professional debut in the United States at the Playboy Jazz Festival at the Hollywood Bowl, opening for Wayne Shorter and, since then, he has appeared at all of the major international festivals. His debut recording, Sounds of Space, comprised of 11 tracks composed and arranged by Rodriguez, includes nods to Cuban masters such as Ernesto Lecuona, as well as pianistic influences Bud Powell and Keith Jarrett. It is also shaped by nostalgia for a country left behind. The second half of the November 17 concert will feature the returning timba band Tiempo Libre. The three-time Grammy nominated group's irresistible, dance-inducing mix of high-voltage Latin jazz and seductive rhythms will have the Koerner Hall audience dancing in the aisles once again this year.

The Montréal à Toronto concert series continues with the Koerner Hall debut of French Canadian pianist Marc-André Hamelin, joined by the returning Takács Quartet, on November 10. Hamelin is a musician of broad musical interests and curiosity, renowned for his fresh readings of established classical repertoire and for his exploration of lesser-known works of the 19th and 20th centuries, both in the recording studio and concert hall. This year, Gramophone magazine announced that the Takács Quartet was the only string quartet to be inducted into its first Hall of Fame, along with such legendary artists as Jascha Heifetz, Leonard Bernstein, and Dame Janet Baker. The program for this concert includes Franz Schubert's String Quartet No. 13 in A Minor, D.804, Op. 29 'Rosamund'; Benjamin Britten's String Quartet No. 1 in D Major, Op. 25; and Dmitri Shostakovich's Piano Quintet in G Minor, Op. 57.

Classical concerts continue with violinist Jennifer Koh on November 11 in Mazzoleni Concert Hall, located in historic Ihnatowycz Hall, with a recital titled Bach and Beyond. Koh, who recently appeared in Toronto in Luminat's production of Einstein on the Beach, presents Johann Sebastian Bach's Sonata No. 1 for Solo Violin in G Minor, BWV 1001 and Partita No. 1 for Solo Violin in B Minor, BWV 1002; Béla Bartók's Sonata for Solo Violin, BB 124; and the world premiere of Phil Kline's Partita for Solo Violin, written specially for the violinist. Toronto welcomes back Maestra Agnes Grossmann, former Artistic Director and founder of the Toronto Summer Music Festival, as she leads the Taiwan National Choir in their Koerner Hall debut. Their program on November 23 consists of Anton Bruckner's 3 Motets (Locus iste, WAB 23; Ave Maria, WAB 6; and Christus factus est, WAB 11) and Mass No. 2 in E Minor, for Chorus and Winds, WAB 27; Robert Schumann's Drei Gedichte, Op. 29; Johannes Brahms's Zigeunerlieder, Op. 103; and Taiwanese folk songs. On November 25, the Invesco Piano Series starts with the Koerner Hall debut of Polish-Hungarian pianist Piotr Anderszewski. The Grammy nominated pianist is regarded as one of today's most inspired musicians: "Throughout the recital, the delicacy and control of Anderszewski's pianissimo playing were sources of wonder." (The Guardian) The all Johann Sebastian Bach program includes English Suite No. 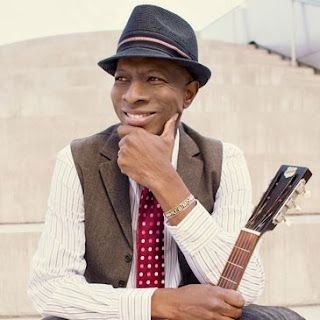 3 in G Minor, BWV808 and No. 6 in D Minor, BWV811; French Suite No. 5 in G Major, BWV816; and Italian Concerto, BWV971. The Royal Conservatory Orchestra is conducted by Yoav Talmi on November 30, in a program of Roman Carnival Overture, Op. 9 by Hector Berlioz, excerpts from L'Arlesienne by George Bizet, and Symphony No. 5 in D Minor, Op. 47 by Dmitri Shostakovich. The main concert is preceded by a Prelude Recital in Koerner Hall at 6:45pm and features solo and chamber works by students of The Glenn Gould School.

The remainder of the November performances in Koerner Hall feature the soon-to-be-sold-out concert by Keb' Mo' on November 8. Very few tickets remain for this multiple Grammy Award winner whose soulful, authentic music expresses the artistic and cultural journey that has transformed the blues, seamlessly blending it with contemporary rock, folk, and jazz. Presented in partnership with the Songwriters Association of Canada, three of Canada's most distinguished and prolific songwriters - Marc Jordan, Dan Hill, and Jane Siberry - come together for an evening of music and storytelling on November 16. Between them, they have written songs for the likes of Diana Ross, Rod Stewart, Cher, Bette Midler, Josh Groban, Alan Jackson, and The Backstreet Boys.

Three operas will be performed in Mazzoleni Concert Hall in November. The first two are part of Discovery Series and presented as a double bill by The Glenn Gould School students on November 16 and 17. Three Sisters Who Are Not Sisters by Ned Rorem is a surreal, non-linear murder mystery. Three sisters (who are not sisters) and two brothers (who are brothers) decide to play a game of murder. The lights fall and through a series of scenes, all of the characters are killed except for one sister. When the light returns, they are as they were at the beginning. They wonder: are we dead or did we act it? Le Lauréat de François-Joseph Vézina is the story of Paul and Pauline, who are in love and are about to graduate from university. Pauline however, is penniless. Paul's uncle threatens to disinherit him should he marry Pauline. A letter arrives and the couple is saved; Pauline's father left her a generous inheritance. Paul's uncle is delighted and gives his permission for them to marry. Peter Tiefenbach is Music Director and Ashlie Corcoran is the Stage Director for both operas. The third opera, part of Mazzoleni Masters concert series, is the Canadian premiere of Airline Icarus on November 25. Written by international award-winning composer Brian Current, this new opera-oratorio is about the intersecting thoughts of passengers aboard a commercial flight. Performed in concert format, the 60-minute, 9-voice, chamber orchestra work features soprano Carla Huhtanen, mezzo-soprano Krisztina Szabo, and many Glenn Gould School faculty and alumni.

Tickets are available online at www.rcmusic.ca, by calling 416.408.0208, or in person at the Weston Family Box Office
A limited number of $10 BMO Rush Tickets are available starting 90 minutes before all performances presented by The Royal Conservatory.
All concerts take place at The Royal Conservatory
TELUS Centre for Performance and Learning, 273 Bloor Street West, Toronto