The Royal Conservatory of Music Toronto: Concerts for December 2012 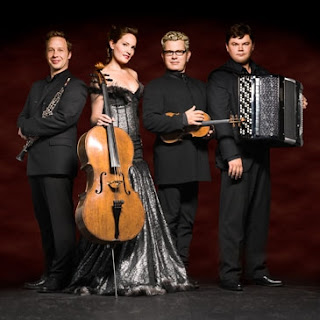 (Parts 1, 2, 3, and 6) performed by Collegium Vocale Gent, led by Maestro Philippe Herreweghe. Specialists in historically authentic performances of vocal Renaissance and Baroque music, the group's performances have been described 'breathtaking as one could wish.' (The Independent). Quartetto Gelato brings an exotic blend of musical ingenuity and especially-curated Christmas program (including Pietro Yon's Gesù bambino, Irving Berlin's White Christmas, Leroy Anderson's Sleigh Ride, Mel Torme's Christmas Song, and Pyotr Iliyich Tchaikovsky's Dance of a Sugar Plum Fairy) to Koerner Hall on December 15. For this special concert they are joined by guest vocalist Alejandra Ribera who impressed the Koerner Hall audience as part of the Art of Time's Abbey Road project. Canadian tenor John McDermott celebrates the holidays on December 16 with an all-star line-up of special guests, including Guido Basso (trumpet & flugelhorn), Erica Goodman (harp), The Mistletones, and Michael Peter Smith (guitar). Canadian Brass comes home for the holidays on December 23. The group has invited Toronto's young star brass students from The Glenn Gould School and University of Toronto to join them for the Christmas Vespers by Monteverdi and all of their other holiday favourites.

The Montréal á Toronto concert series continues with La Bottine Souriante on December 8 and the ¡Qué Rica Cuba! Series, with Horacio Gutiérrez on December 9. For La Bottine Souriante, music, celebration, pulsating rhythm, and exuberant spirit have been inseparable for over 25 years. During that time they have released 13 albums, four of which are certified gold and three platinum, won dozens of awards, and headlined festivals around the world. Also part of the Invesco Piano Concerts series, Horacio Gutiérrez's concert will feature Franz Joseph Haydn's Piano Sonata No. 60; Robert Schumann's Fantasie in C Major, Op. 17; Ernesto Lecuona's Danza negra, Ante el Escorial, and Danza lucumi; and Fryderyk Chopin's 24 Preludes, Op. 28. Best known for his interpretations of the 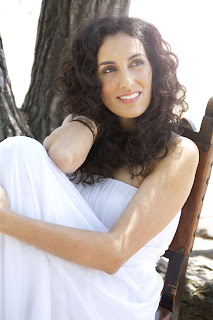 Romantic repertoire and considered by many piano connoisseurs to be one of the great pianists of the second half of the 20th century, the Cuban-American virtuoso returns to Toronto for the first time in over a decade.

The remainder of the Koerner Hall concerts include Amanda Martinez with special guest Javier Limón on December 1 and Chick Corea & Gary Burton with the Harlem Quartet on December 5. Canadian-Latin singer-songwriter Amanda Martinez is currently collaborating with multiple Grammy Award-winning Spanish producer Javier Limón on this concert, which will mark Limón's Canadian debut, as well as on her next album, scheduled for release in spring 2013. Martinez's first two albums, Amor and Sola, have garnered numerous accolades including rising to No. 1 on the iTunes World Music charts, and Limón's many composition and production credits include major albums by renowned artists such as Paco de Luca, Bebo Valdes, Diego El Cigala, Enrique Morente, Wynton Marsalis, Anoushka Shankar, Yasmin Levy, and the acclaimed Spanish singer Buika (who will be performing in Koerner Hall on January 25). Described by the Los Angeles Times as 'one of jazz's most celebrated collaborations,' Chick Corea and Gary Burton perform material from their new album Hot House, which explores their unique take on standards by composers from Kurt Weill and Antonio Carlos Jobim to Thelonious Monk and Lennon & McCartney. The multiple Grammy-winning duo also adds the Harlem Quartet, expanding their legendary chamber-jazz repertoire on Chick's composition Mozart Goes Dancing and classic Chick & Gary tunes. 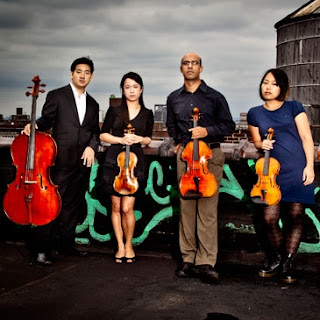 Concerto Competition Finals, where the talented solo performers of The Glenn Gould School compete for the opportunity to perform a concerto with the Royal Conservatory Orchestra during the 2013-14 season, on December 13. The third concert takes place on December 6 with conductor and award-winning composer Brian Current leading The Glenn Gould School New Music Ensemble. As part of a city-wide celebration of Korean music, the Ensemble presents works by composers Sukhi Kang and Unsuk Chin. Mr. Kang, a widely influential figure in Korean music, will be in the audience to hear his work Mosaicum Visio for chamber orchestra, as well as Unsuk Chin's Acrostic Wordplay, which features soprano Lucy Fitz Gibbon. Other works performed are the piano concerto Trame IV by Martin Matalon (performed by Ryan McEvoy McCullough) and Canadian composer Chris Paul Harman's playful reconstruction of the Bach Chorale Der Tag mit seinem Licht.

The Conservatory Theatre will once again be the setting for the popular Bluebird North series, starting on December 22. During these entertaining evenings, top Canadian songwriters come together with host Blair Packham to perform their music and tell us about the inspiration, the songwriting process, and the stories behind the songs. The artists for this concert will be announced soon. Bluebird North is presented in partnership with the Songwriters Association of Canada (S.A.C.). The S.A.C. gratefully acknowledges the support of The SOCAN Foundation and the Government of Canada through the Creators' Assistance Component of the Canada Music Fund.

•  Gift Cards can be purchased in person at the Weston Family Box Office, by phone at 416.408.0208, or by visiting www.performance.rcmusic.ca. 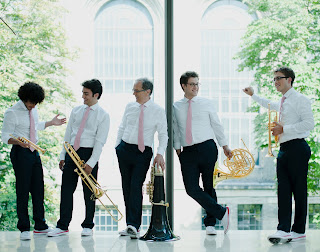