CD Release: Aviva Chernick's When I Arrived You Were Already There Dec 5 2012 in Toronto

Jaffa Road’s lead singer AVIVA (Chernick) takes solo flight with the release of her soaring, self-penned debut-- “When I Arrived You Were Already There”

[Toronto ON]  Those who have experienced Aviva Chernick’s intoxicatingly soulful vocals never forget where they heard them first. Whether as lead singer with Juno-nominated, world music 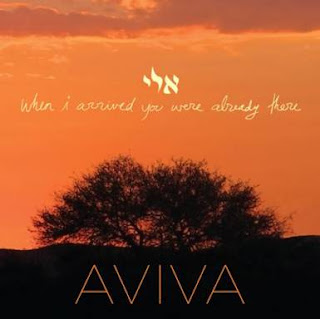 ensemble Jaffa Road, the Balkan Ladino offshoot band Adjuntaremos, with singer Maryem Tollar in La Mer, or The Prayer Project, her vocals are a wondrous celebration of the beauty of the human voice.

And now, with the release of her first solo, self-penned venture on Dec 5th at The 918, you can experience the celebrated Cantorial singer in a setting of her own making. Shaped by years of sharing devotional songs of peace and prayer with worldwide audiences, her growing body of work reveals a tireless force of nature.

Although unsure (only at first) where she might go with the first project to bear her name, its title -- When I Arrived You Were Already There -- reveals much about the inevitability of her talents. as if discovering her individual voice was entirely predetermined.

Pure, somewhat devotional, comparatively raw and entirely unguarded, Chernick exudes the confidence of a seasoned veteran. Comprised primarily of transcendent vocals matched to light, instrumental textures, gentle harmonies and heavily spiritual in nature, this music is a blend of fully realized songs and musical ideas which take flight based on the sensual power of Chernick’s vocal 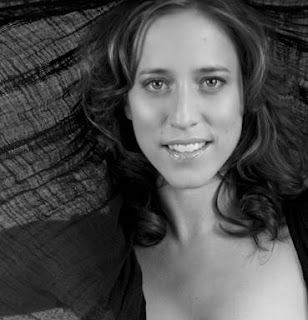 This first solo outing is anything but – calling on a cast of like-minded musical compatriots to share in the collective experience of creation. Sung in both English and Hebrew, she enlists the support of Ernie Tollar, Joel Schwartz, Chris Gartner, Rakesh Tewari, Aaron Lightstone and Naghmeh Farahmand and others, incorporating exotic instrumentation such as tabla, udu, xaphoon, oud, djembe and bansuri together with electric guitar, piano, bass and percussion

From the whispered beginnings of “Eili” with elements of flute, electric guitar and trance-like percussion to the more hook-like “Bo’i Kalah” with its guitar-led chorus of singers, Aviva’s ethereal vocals are eloquently showcased throughout.

From the highly introspective “L’chu N’ran’na” meandering along like a small river before picking up its pace, breaking into a full swirl to the very hymnal, choral characteristics of “Zeh Hayom”, Chernick’s voice floats softly above the stars, building to a powerful, near-frenzied conclusion.

There’s nothing you need to know in advance to marvel at this release: an appreciation for world

music, purity and the sheer beauty of a captivating vocalist sharing the intimacy of her first solo flight. She takes care of the rest.