[Toronto ON]  Even a band with a name like ROAM must eventually come to rest, which luckily gives Toronto audiences an opportunity for a Sneak Peek of their new, shimmering CD, On Fracture and 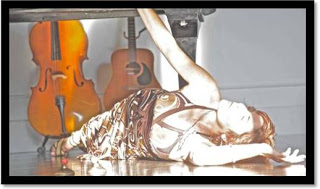 ROAM is all about musical adventure and top-drawer songwriting, and they deliver with this new release. Driven by a need for cross-pollination of musical ideas, ROAM has arrived at their authentic global amalgam of musical styles through a commitment to cultural exchange with artists across the globe.

Enticing vocals transform mere words into something far more mystical and intriguing. Lyrics are king and each instrument is employed based on the textures they provide to a composition and to the direction of each song. If you appreciate that world music instruments, alone, do not a world music make, then you'll appreciate ROAM's organic perspective and approach to their craft. 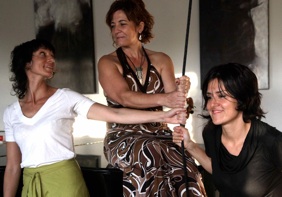 Indeed, this appreciation has been far-reaching. Invitations to appear at NXNE and Canadian Music Week and a showcase gig at Roy Thompson reception following a Measha Brueggergosman classical concert, have helped shower the band with the attention they deserve. The band was also summoned to Holland to represent our country at the Canadian Connections Fair, presented in South India concert series by Alliance Francaise, and asked to provide the soundtrack to a silent Charlie Chaplin film - a demonstration of their sheer flexibility and unflinching resolve.

This is due in no small part to ROAM's unshakable foundation - a friendship-based chemistry often described as close friends in intimate dialogue, where players are driven by an undeniable universal pulse. As a result, theirs is a powerful, socially-driven form of acoustic roots with the power to bewitch, mesmerize and captivate.