For the Kids: Puppetmongers Holiday Show in Toronto to January 5 2013

TORONTO - Puppetmongers celebrates its 23rd anniversary of delightful winter holiday performances this season with the return of its twice Dora-nominated favourite, Cinderella in Muddy York, created by Puppetmongers' Co-Artistic Directors (and brother and sister) Ann and David Powell, and directed 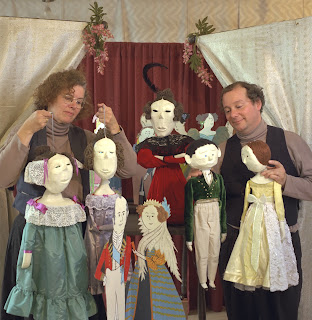 This year, the magical Cinderella in Muddy York runs at Theatre Passe Muraille's Mainspace with 2pm daily matinees from December 28, 2012 to January 5, 2013 (except no performance January 1st).

A whimsical take on Toronto history that will tickle the funny bones of adults and children alike, Cinderella in Muddy York is a fairy tale of a Cinderella in Canada, reset in 1834 at the time when "muddy" York is about to become Toronto.

This witty and acclaimed work is ingeniously staged with beautiful rod-marionettes, inventive special effects and the charming performances of David and Ann as live actors along with their puppets. A traditional marionette theatre is imaginatively transformed to create scenes evoking the wilderness, settler life and early Canadian society, and the historic references, costumes, scenery and 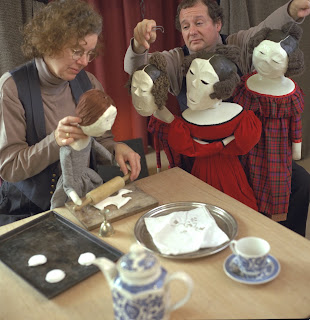 musical selections are authentic to the era.