“…amongst the world’s most dazzling troupes.” - The Guardian (UK)

BROOKLYN (NEW YORK) - Iceland's Vesturport Theatre returns to BAM with a spectacle of slapstick, horror, and aerial circus daredevilry for an inventive reimagining of Goethe's Faust. Music by 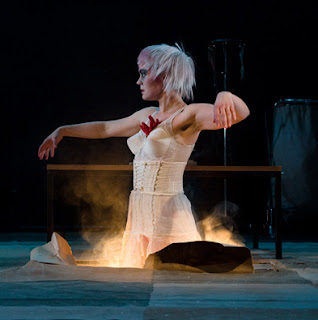 longtime collaborators Nick Cave and Warren Ellis is harnessed to Vesturport's trademark acrobatics—including a high-flying act performed above a vast trampoline net stretched over the audience. Having succumbed to the temptation offered by the demon Mephisto, the once-great actor Johann, retired and at the height of despair, finally pursues the happiness that has long eluded him by embarking on the performance of a lifetime.

Vesturport Theatre
Vesturport Theatre was founded in 2001 by, among others, Gísli Örn Gardarsson, Nína Dögg Filippusdóttir, Björn Hlynur Haraldsson, and Víkingur Krisjánsson and quickly established itself as one of Iceland's and Europe's most inventive award-winning theater and film companies. Vesturport's productions include Romeo and Juliet, Woyzeck, Dubble Dusch, Love the Musical, and Metamorphosis. Vesturport has produced three feature films: Children, Parents, and Brim (based on Vesturport's play of the same title). In 2011, the company received the prestigious Europe Theatre Prize; past honorees have included Peter Brook, Pina Bausch, Robert Lepage, and Harold Pinter. Vesturport Theatre had its US premiere at BAM with Woyzeck (2008 Next Wave) and returned two years later with Metamorphosis (2010 Next Wave). 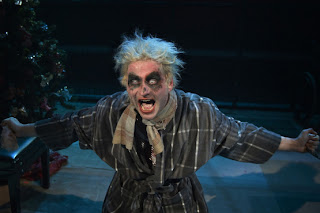