New York, NY - In November Justin Vivian Bond and James Lecesne (founder of the After The Storm Foundation) helped raise over $20,000 for the Ali Forney Center, New York's center for homeless LGBT youth, with An Evening of Cabaret at Joe's Pub at The Public featuring Lady Rizo, Taylor Mac, 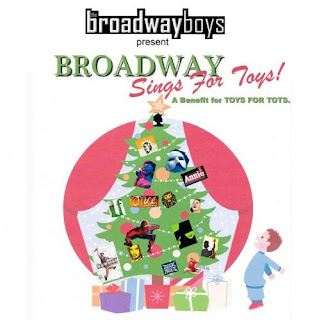 THE BROADWAY BOYS PRESENT BROADWAY SINGS FOR TOYS
December 10, 2012 at 7:00 PM
$15 Standing Room / $40 Reserved / $100 VIP
The Broadway Boys will once again host Broadway's favorite holiday party and concert with the 7th Annual Broadway Sings For Toys: A Benefit for Toys for Tots, Monday, December 10th at 7pm. This year's concert is a cocktail party/concert/toy drive featuring Broadway's hottest talent and is one of the most joyful and inspirational holiday events of the year. Scheduled performers joining the Broadway Boys this year include Adriane Lenox (TONY-winner Doubt, Dreamgirls), Kate Shindle (Wonderland, Legally Blonde), Andrew Samonsky (Scandalous, South Pacific), Alyssha Umphress (Bring It On, On a Clear Day...), Jenny Fellner (Wicked, Mamma Mia), Betsy Wolfe (The Mystery of Edwin Drood, Everyday Rapture), the companies of Wicked, Scandalous, and Mary Poppins, and more to be announced! Bring a toy, grab a drink, and have a fabulous time with holiday classics as well as tunes of love, hope and inspiration. A raffle will be held this year and will include prizes such as JetBlue tickets, signed cast albums, Bottles of Hammer + Sickle, and more.

NUYORICAN POETS CAFE BENEFIT
December 20, 2012 at 11:30 PM
$25 reserved / $40 Premium
Over the last 40 years, the Nuyorican Poets Cafe has served as a home for groundbreaking works of poetry, music, theater and visual arts. But during Hurricane Sandy, the Cafe lost its heating system, and many of the students and artists the Cafe serves are still struggling in the aftermath of the storm. So a lineup of the Nuyo's most accomplished young performers will perform at Joe's Pub on December 20 in a fundraising event for the Cafe and its community.  Featured artists will include muMs da Schemer (Poet from the HBO series OZ); Mahogany Browne (host of the Cafe's legendary Friday Night Slam); Jive Poetic (DJ and host of the Nuyo's Slam Open); poet Caroline Rothstein (whose video Fat was recently tweeted by Lady Gaga); poet, actress and vocalist La Bruja (aka Caridad De La Luz); vocalists Aurora Rose and Melodie Nicholson and poets Caits Meissner and Whitney "Witness" Greenway.  USA Today recommends the Nuyorican Poets Cafe as one of the top cultural attractions in downtown Manhattan, and the Wall Street Journal says the Cafe has grown "from a small, volunteer-led venue to a thriving arts center." 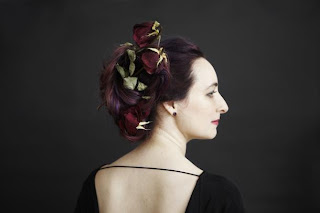 hijinks will feature Sage's quirky theatricality at its best - an upbeat evening of vaudevillian shtick, playful Yiddishkeit, tall tales, wacky props, pianistic flair and hilarious, written-on-the-spot, topical compositions. Sage will weave songs from her ten-album discography with shpiel about her life as a former ballerina, adventures on the road, and her family's extensive menorah collection. Her Edinburgh Fringe Festival one-woman shows, her many previous Joe's Pub appearances, and her acting background (she studied at The Actors Studio and The New York Shakespeare Lab at The Public Theater), all combine to create a singer-songwriter with a compelling stage presence. All proceeds from this performance will benefit the following Hurricane Sandy Relief organizations: The Red Hook Initiative (Brooklyn), Project Hospitality Staten Island Hurricane Relief Fund (Staten Island) and Graybeards (The Rockaways).

STILL HERE! A FUNDRAISER FOR HURRICAN SANDY RELIEF
December 26, 2012 at 7:00 PM
$20 Reserved / $25 Premium
Still Here! is a fundraiser event for Hurricane Sandy Relief. Hosted by Spoken Word Poet Sarah Kay, featuring the music of Andy Suzuki & the Method, Arthur Lewis, and the poetry of Laura Brown-Lavoie! All proceeds of the evening go to Hurricane Sandy Relief!