As I'm posting this, there seems to be some odd thing happening with the video embeds - the codes are correct so I can only hope it'll sort itself out before long.

Writing this blog has been the most wonderful adventure. I began it with some vague ideas on 'writing about art' three years ago. I'd spent the summer working on freelance contracts that required me to blog for my clients; coincidentally both involved arts and culture. When the contracts ended (and a

print magazine I'd been writing for went under, sigh) I wanted to keep going so I started this up.

What's happened since has gone beyond anything I might have anticipated. I've become a sort of independent outlet for artists and stories often ignored by mainstream media and my inbox is unundated with great information about concerts, artists, events and the like. My only regret at this point, in fact, is that it's still only a one person operation and as such I can't even get through my email on a regular basis. The ones I post end up being subject to whenever I can find the time to do so.

I've made many contacts, met and interviewed so many interesting artists. That's been the very best part of all of course - that I've actually made friends and gotten involved in other projects as a result. I've learned about the arts and been able to pass that along. One of the coolest feedback comments I ever got was from someone who told me that they'd learned a lot about dance from reading my posts. I've also learned a great deal about the rest of the world in ways that I never would have otherwise.

The point is, I've been gathering so much good stuff that I felt I needed to more with it than blog and have been looking for a way to do that for some time. I was aware of a couple of other concerts

they'd produced in my home town of Hamilton (Ontario) earlier this year (Wazimbo and Bombino) so I read about Matapa's recent concert with a lot of interest.

I'll confess - I'm one of the people who's often complained that there's 'nothing happening in Hamilton' and I haven't been involved with anything at all here other than the occasional modeling assignment in years. It naturally can't compare with the culture vaccum that is Toronto, but still... there has to be more potential here to develop an audience that would support a bigger live music and arts scene. After I'd been to the (great) concert lst month and met the people involved, I realized I had an opportunity to be one of those actively trying to make things happen here.

Their mission, to establish this city and area as a hotbed of global music and culture, is a concept entirely in keeping with the themes of me (and this blog). They also have a demonstrated commitment to employing local Hamilton artists and musicians along with those who hail from across the globe. 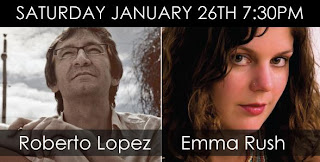 So, I'm going to be handling media & communications for them on an ongoing basis.
There will be a lot more to post about that here in the future - the near future, since there are events planned early in the New Year.

P.S. The blog will continue as always - who knows what it will lead to next?