On Broadway: Scarlett Johansson is Cat on a Hot Tin Roof (in Previews Now) 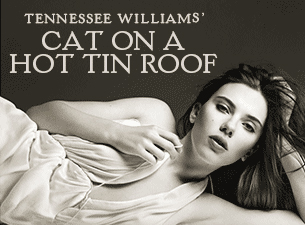 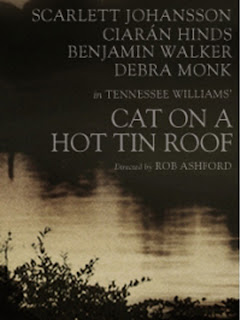 "Damages") co-star in Williams’ classic story about a wealthy Southern family and the passions and secrets that come close to destroying them.

On the eve of his 65th birthday, "Big Daddy" Pollitt, the richest cotton planter in the Mississippi Delta, is distressed by the rocky relationship between his beloved son Brick, an aging football hero who has turned to drink, and Brick’s beautiful and feisty wife Maggie. As the hot summer evening unfolds, the veneer of Southern gentility slips away revealing unpleasant truths as greed, lies and suppressed sexuality reach a boiling point.