TORONTO - Tarragon Theatre presents the Toronto premiere of The Amorous Adventures of Anatol, a contemporary re-visioning of Austrian playwright/novelist Arthur Schnitzler's Anatol (1893), adapted and directed by Morris Panych, one of Canada's most celebrated playwrights and directors. This 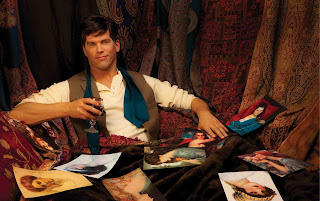 theatrical treat about a Viennese womanizer and his amorous trials and tribulations runs January 9 to February 10, 2013 in Tarragon Theatre's Mainspace (with previews beginning January 1).  Tickets range from $27-$53 (inclusive of HST) and are available by calling the box office at 416.531.1827 or by visiting www.tarragontheatre.com.

It is fin de siècle Vienna. The young, incurably romantic - and indecisively neurotic - Anatol pursues each woman as if she is "the one," without commitment or care. With Anatol's eye ever-wandering, his psychologist friend Max tries to counsel his incorrigible friend.  Though Anatol demands absolute loyalty in his lovers, it is not the same yardstick he holds up for himself. As the narcissistic Anatol woos a succession of seven different women, we learn what Anatol knows - and does not know - about women, while revealing all about himself.

A talented cast take to the stage for this sharp and fast-paced black comedy: Shaw and Stratford Festival star Mike Shara portrays philanderer Anatol, the role he originated at the play's premiere in 2008 at the Vancouver Playhouse. Nicole Underhay (Toronto Theatre Critics' Award winner for Best Actress in Tarragon's The Small Room at the Top of the Stairs last season, plays all seven women); Robert Persichini, a 10-season Stratford Festival veteran is Max while Dora Award winner Adam Paolozza, Urjo Kareda resident artist at Tarragon and artistic director of TheatreRUN, plays a variety of 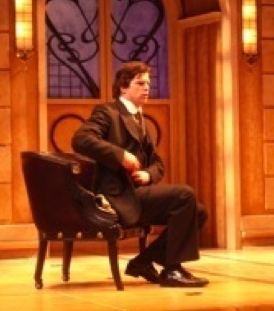 Morris Panych is back at Tarragon, adding to his long list of acclaimed black comedies, including 7 Stories, Vigil, Lawrence and Holloman, Girl in the Goldfish Bowl, Earshot, The Dishwashers and Benevolence. His plays have garnered countless awards including two Governor General's Literary Awards for Drama (for The Ends of the Earth and Girl in a Goldfish Bowl), fourteen Jessie Richardson Awards, and five Dora Mavor Moore Awards. His newest work, In Absentia, premiered at Centaur Theatre in Montreal in 2012. Panych made his Stratford Festival directorial debut in 2008 with his adaptation of Moby Dick, followed by The Trespassers the following season. Also in 2008, he premiered The Amorous Adventures of Anatol at the Vancouver Playhouse. The much-lauded A.C.T. (San Francisco) production of Vigil starring Olympia Dukakis and Mario Barricelli was remounted at the Mark Taper Theatre in Los Angeles in fall, 2011.

Set designer Ken MacDonald, who works regularly with Panych, revisits his original design, dominated by a large wall of drawers. Award-winning costume designer and Tarragon regular Charlotte Dean has fun with period costumes and wigs, partly inspired by the paintings of Schnitzler contemporary Gustav Klimt. The lighting designer is Jason Hand (The Ugly One for Theatre Smash, A Midsummer Night's Dream for Canadian Stage). Emily Porter is the sound designer and Kate Porter is the stage manager.