• Full schedule of films at the link

NEW YORK CITY - Dance Films Association and the Film Society of Lincoln Center present the 41st edition of Dance on Camera. Taking place February 1-5, the dance-centric film festival returns to Film Society for the 17th consecutive year with an exciting and diverse array of dance films, including several premieres, including a bevy of in-person appearances and premieres. 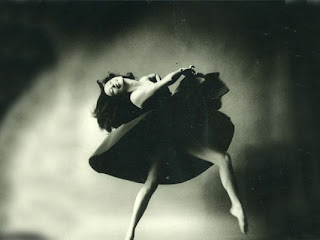 This year's lineup includes fascinating documentaries about everything from ballet-dancing triplets to Finland's enfant terrible of the accordian, a two-part celebration of dance-turned-filmmaker Shirley Clarke, the 50th anniversary of the great flamenco film Los Tarantos, and the festival's first foray in to the glamourous and virtuosic genre of ice dancing with an introduction by skating legend Dick Button!

“Dance on Camera is an exuberant hybrid. Its roots hold the seeds of innovation inherent in the concept of combining dance with cinematography in ways that alter one’s perception of both mediums,” said Joanna Ney, co-curator of the Dance on Camera Festival. “While recorded dance has its place, this year we are reaching beyond  traditional genres to encompass ideas we have not explored before, with programs devoted to ice dancing, the body’s relationship to landscape and music, and the fusion of choreography and narrative in non- verbal ways.” 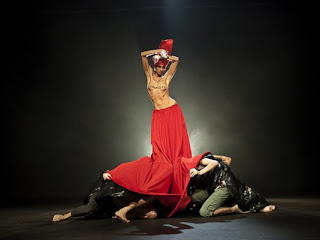 “Since dance films are ever evolving, we hope that this year’s programs will allow audiences new ways to experience dance on camera. We’ve selected films and programs that are currently stretching the boundaries of the art form, and invited filmmakers who are using dance on camera and new media in an innovative ways,” says Dance on Camera Festival co-curator Liz Wolff.