HAMILTON, ON - A historical drama based on Joseph Conrad's short story "The Duel," which was inspired by the true life adventures of two officers in Napoleon's army. 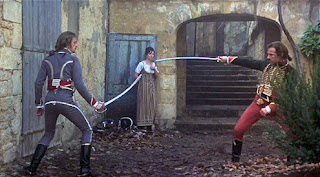 The Duellists spans the rise and fall of Napoleon, opening in 1800 and concluding nearly 16 years later, some months after Bonaparte's final exile to St. Helena. But it is not a story of the famed military genius and would-be Master of Europe. It is the tale of two officers of his Grande Armée Armand d'Hubert (Keith Carradine) and Gabriel Feraud (Harvey Keitel) and the war they wage — not against the enemies of France, but each other. Narrated by Stacey Keach, the cast also includes Albert Finney, Edward Fox, Tom Conti and Peter Postlethwaite in his first feature film appearance. 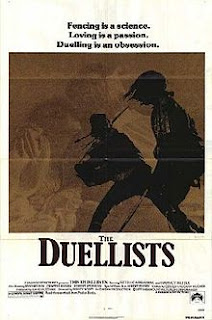 AGH ilovefilmseries venue change:
The ilovefilmseries is proud to bring to you the best new festival film releases. The film industry has been undergoing a widespread transition to digital cinema projection; currently both of Canada’s major cinema chains have fully converted to digital.

Increasingly, distributors are foregoing making 35mm prints of their films. As a result, the vast majority of films that the AGH is able to access through its partner, TIFF Film Circuit, are not accessible in 35mm format. Unfortunately, we are unable to continue to hold screenings at Westdale Theatre, which offers a unique theatre experience but is currently not equipped to handle new digital formats. We will continue to seek other screening venues to offer you a great screening experience.