* UPDATE: THE PIROGUE Gets a Theatrical Release in Seattle and Toronto!

We are very proud to announce that The Pirogue/La Pirogue by Senegalese filmmaker Moussa Toure, continues its North-American career after premiering in the 20th African Diaspora International Film Festival 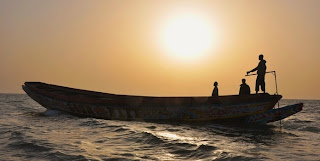 Not many films make it to the big screen after premiering in a festival dedicated to Afro-Centric Specialty and Foreign Languages films.

The Pirogue is the latest film that premiered in the African Diaspora International Film Festival to receive a strong commercial release in North America after Kirikou and the Sorceress, Scheherazade, Tell Me a Story, The Tracker and many more.

After a very well received two week theatrical release at the Film Forum in New York City The Pirogue continued in the film circuit and is now back in theaters in Seattle and Toronto. 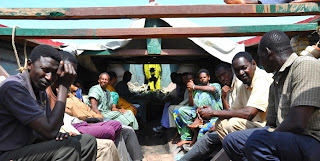 From August 16-22 The Pirogue will screen at the TIFF Lightbox in Toronto, just some weeks before the beginning of the festival.

From August 16-22  it will also enjoy a theatrical release at the Northwest Film Forum in Seattle.

The Pirogue will also be part of the 7th African Diaspora International Film Festival-DC. Check NYADIFF.ORG for more information on the festival.

We hope to bring more thought provoking and entertaining films to the tri-state audience during the 21st. African Diaspora International Film Festival-New York this fall. 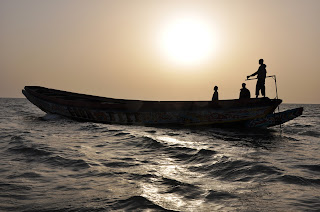 NEW YORK CITY - ArtMattan Films and Film Forum are pleased to present the US theatrical premiere of THE PIROGUE, beginning Wednesday, January 23, 2013.

Senegal, a West African nation on the Atlantic Ocean, was home to Africa's greatest movie-maker, Ousmane Sembene. Today, Moussa Touré follows in the master's footsteps with this drama of 30 men (and one woman, a stowaway) who set out on an illegal 7-day voyage to Spain - making the perilous trip in a pirogue - a boat resembling a vastly oversized dinghy. While sharing a common desire to build a better future, these men hail from different ethnic and religious backgrounds. The story grows from a finely delineated mosaic of personalities - reactions to the journey's mounting danger - that span the emotional panoply of human experience. Touré's compelling tale says as much about the universal nature of courage and perfidy as it does about the economic realities faced by so many of the world's people. 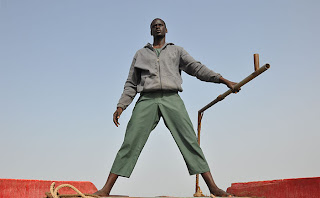 THE PIROGUE was featured in Cannes 2012, in the Un Certain Regard section.

"A handsome work. News channels in Europe broadcast stories at least once a week about ill-fated crossings between African and 'the Old World'... (The film) counters cold statistics with a range of flesh-and-blood characters. (It) succeeds on the strengths of its nicely delineated characters and first-rate production values." - Jay Weissberg, Variety

"A colorful and compelling drama. The soundtrack (is) sprinkled with the pretty, sinewy, laidback sounds of Senegal, a nation rightly famous for its vibrant music scene. The divided psyche of a young generation of Africans torn between traditional values and the consumerist whirl of iPhones and 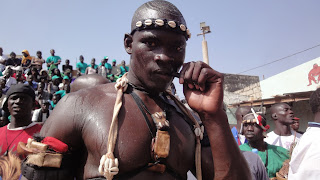