• Get the single here

‘To Dust’ is the first solo album from British soul sensation, Alice Russell since 2008’s critically acclaimed ‘Pot Of Gold,’ and marks the next step forward in her remarkable career. Whether on a big 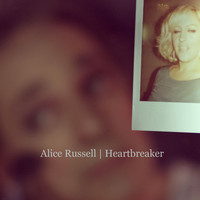 stage with her 16 piece band, charming a crowd of 4000 into staying out dancing in the rain (as she did at Montreal Jazz Festival) or rocking out an intimate club with a stripped-down six piece, Alice’s natural talent and charisma have always commanded attention and affection. Unfazed by taking to the spotlight after a sober Amy Winehouse or joining Roy Ayers live for ‘Everybody Loves The Sunshine’, it is no wonder she has attracted worldwide media support, and praise from fans as diverse as Gilles Peterson, David Byrne, Dennis Coffey, Massive Attack’s Daddy G, and Groove Armada.

“Heartbreaker,” which dropped November 19th, is the first single to be lifted from much loved British soul and blues singer Alice Russell’s upcoming fifth album, ‘To Dust.’  “Heartbreaker” highlights the crisp, cutting edge production and eclectic influences, which nestle alongside a love of vintage soul at the core of Alice Russell’s style, a sound honed over the years with co-writer and producer TM Juke. The perfect introduction to the new LP, the track sees Alice at her best, mixing soul with intoxicating gospel overtones. “It is a broken hearted love song about the end of a relationship”, Alice explains. “it’s about that time when you’re just emotionally exhausted, you 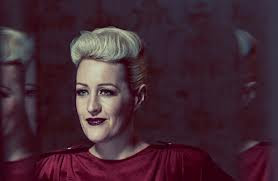 know you just have to let it go, you are resigned to it all being over.”

The “Heartbreaker” video, directed by Steve Glashier, stars long-time Alice fan Harry Shearer, the Hollywood actor and cult comedy hero known for roles including Spinal Tap’s Derek Smalls and many voices in The Simpsons, and for his long running radio show on LA’s KCRW. It has had 15,000+ views. 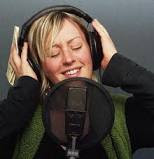 Tru Thoughts have recently announced the signing of this new solo material for territories including the UK, Americas, Australasia and Japan; reuniting Alice Russell with the label that introduced her to the world, and where she released her first three albums, as well as myriad collaborations since (including the highly acclaimed, BBC 6Music Playlisted “Look Around The Corner” single and album with Quantic earlier this year).