Fela Kuti lives on in FELA! Tour Through June 2013 &
The Best of the Black President 2 releases on Knitting Factory Records on February 5, 2013

On January 29, 2013, the national tour of FELA! kicks off in Washington DC with stops all over the US from now until June.  To capture Kuti’s unorthodox, action-packed life, the producers of FELA! created a 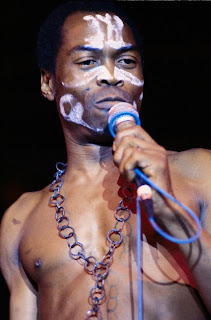 multi-faceted performance concentrating on one short, highly-charged period during the late seventies in Nigeria.  This vibrant snapshot—powered by the unflagging energy of an on-stage band (with members of Antibalas) and performers like Michelle Williams (Destiny’s Child) — is the perfect vehicle to present Fela’s commitment and courage, and to show how art can become a stunning expression of human dignity.

At the same time, The Best of the Black President 2 releases on Knitting Factory Records on February 5.  The twelve tracks include 1975's "Everything Scatter," one of the ultimate Afrobeat tracks, as well as an extended version of the classic "Sorrow Tears and Blood", inspired by the South African apartheid regime's crushing of the Soweto uprising in 1976. Fela recounts stories such as police having unsuccessfully attempted to charge him for possession of weed ("Expensive Shit") and speaks out about the practice of skin-bleaching among Nigerian women ("Yellow Fever"). Fela's final period of recording is covered with 1992's "Underground System (Part 2)", inspired by Fela's friend, Burkina Faso's revolutionary leader Thomas Sankara and his assassination.

Every Tuesday, Fela Kuti would go to his Lagos club and main base of musical operations, The Shrine. There, before a core group of supporters and fans, the musical revolutionary and gifted composer would take questions and answer them, often using his radical responses and the crowd’s ideas as the seed of his next song. 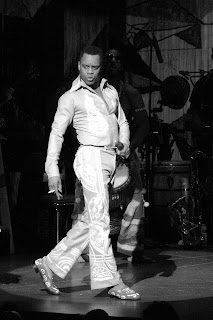 Fela! is a vibrant embodiment of Kuti’s music, using sound and lyrics as a way to capture his wild, complex, no-compromise life. The show echoes the many sonic layers, visual elements, and personal dimensions of Fela’s work. Guided by the music and bursting with dynamic, visually engaging action, the show takes Afrobeat classics like “Zombie” and “Water No Get Enemy” and brings them to colorful, intense life.

“I think of Fela as a returning warrior, somebody who has made his mark in another time, and now returned to our era, to us,” reflects director Bill T. Jones. “We are bringing him back to fresh eyes, as well as to eyes that are hungry to see him again, and hope that people will get truly excited about the music he made.”

The show’s excitement flows from years of painstaking work and dedication to interpreting Fela’s ambitious art and complicated character. Instead of flashy biography, Fela! is a snapshot of a period in the 1970s when the musician faced some of his most trying hours. Spearheaded by a fan-turned-producer, Stephen Hendel, Fela! brought together diverse crew drawn from America’s burgeoning Afrobeat scene (members of Antibalas), from the American stage’s most respected names (Jones, for one), and from pop stardom (Michelle Williams of Destiny’s Child so loved the show, she joined the cast).

"He was James Brown, Bob Marley, and Malcolm X in one person. It single-handedly changed my life," explains ?uestlove, Fela! associate producer. “The trials and tribulations he went through socially, politically, creatively: It’s the story of making something into nothing. It’s a story that resonates with American hip hop.” 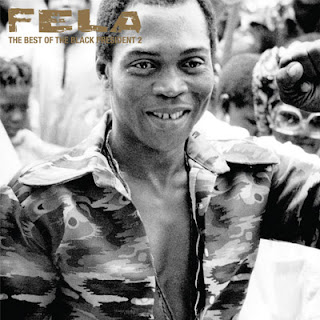 Listen to the Master: Afrobeat’s Maverick Founder Fela Kuti Returns on Carefully Curated Collection of Seminal Classics, The Best Of The Black President 2

Nigerian icon and Afrobeat originator Fela Kuti passed away 15 years ago but his legacy lives on, thanks to his still relevant, forthright political views and powerful music. The complete works of Fela, consisting of almost 50 albums, are now being re-packaged, with in-depth track commentaries written by Afrobeat historian Chris May, whose thoughtful perspective sheds new light on Fela’s nuanced work.

The return of Fela continues with the release of The Best Of The Black President 2 (Knitting Factory Records; U.S. release: February 5, 2013), a two-disc collection with foreword written by Senegalese-American R&B/hip-hop artist Akon. The twelve tracks include 1975's "Everything Scatter," one of the ultimate Afrobeat tracks, as well as an extended version of the classic "Sorrow Tears and Blood", inspired by the South African apartheid regime's crushing of the Soweto uprising in 1976. Fela recounts stories such as police having unsuccessfully attempted to charge him for possession of weed ("Expensive Shit") and speaks out about the practice of skin-bleaching among Nigerian women ("Yellow Fever"). Fela's final period of recording is covered with 1992's "Underground System (Part 2)", inspired by Fela's friend, Burkina Faso's revolutionary leader Thomas Sankara and his assassination. A special deluxe edition of The Best Of The Black President 2 also includes a DVD of Fela's legendary 1984 Glastonbury concert.

In his introduction Akon writes: "Despite everything they threw at him, Fela's music and his message never lost their way. He was always real and he was always with the people. That's why we love and miss him all the more."

Fela was very vocal in his views, with biting, acerbic critiques of European cultural imperialism, corrupt African governments and any forms of social injustice. This did not go down well with Nigeria's military 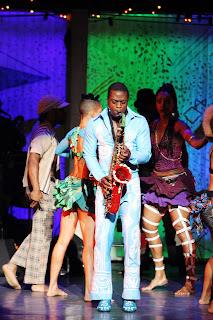 regimes during the 70s and 80s who routinely harassed and brutalized Fela and his supporters. Two hundred arrests, serious beatings that left scars all over his body whilst fighting for those who had 'drawn life's short straw', never stopped him from coming forward, again and again. "Ah well, they didn't kill me," he would say. On August 2, 1997 Fela died—and a million people, the people he fought for, came to his funeral in Lagos to pay their last respects.

Akon, who grew up on Fela's music, believes "Fela's political beliefs were ahead of their time in so many ways, not least in their global vision. Today, the most influential protest movements – the environmental campaigners, the Occupy activists – have global perspectives … It is a risky business attributing opinions to people who have passed, but it's safe to say that Fela would almost certainly have stood alongside today's environmental and economic activists, and that he would just as certainly have approved of their global outlook."

And Afrobeat, the music Fela created, didn't die. Fela's sons, Femi Kuti with his band Positive Force and Seun Kuti with Fela's band Egypt 80, both travel the world and release their albums, keeping the flame burning brightly. But it's not just Nigerian Afrobeat artists who make sure Afrobeat can be heard all over the planet: There are now in excess of 50 Afrobeat bands operating in Europe, the United States, Britain, Japan and Australia.