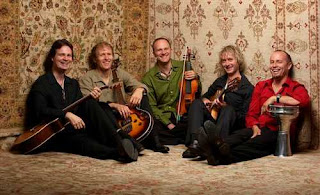 in a hot double bill with the celebrated JUNO & CFMA winner Dominic Mancuso at the Markham Theatre, Jan 18th!

From the east coast’s Sable Island with its breathtaking wild horses, to the west coast calls of Luna the Whale, or from the silk road through Spain & the Middle East to the Gypsy-jazz cafés of Eastern Europe, Sultans of String take audiences on a spell-binding sonic journey. Since their formation only 5 years ago, Sultans of String have been riding a wave of success, from their debut CD, "Luna", and 2nd and JUNO-nominated offering, "Yalla Yalla!", both hitting # 1 on world/international music charts in Canada, to MOVE’s quadruple 2012 CFMA nomination, winning World Group of the Year. The latest good news is that The Chieftains have invited the Sultans to open for them this coming spring in Connecticut—exciting times for this hardworking indie band!

Dominic Mancuso is an acclaimed multilingual, songwriter and producer.  This Toronto native is 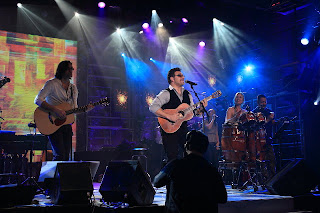 defining a rich hybrid vibe, fusing the multicultural flavors of his home town with the savory sounds of his Sicilian heritage. A Juno and Canadian Folk Music award winner, Dominic’s brand of global music is “one of the most distinctive  voices in music!” (All That Jazz).  In addition to his solo work, the Toronto troubadour is a featured member of the 2009 JUNO-nominated Sicilian Jazz Project, a collective of musicians led by the renowned Michael Occhipinti. The group, hailed as ‘a masterpiece of cultural fusion’, employs an intriguing mix of Sicilian folk source material and the best elements of modern jazz, world music, funk and blues.