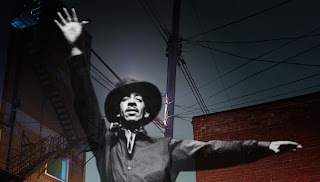 remounts of works by Jean Sheen (Mood of Zenzi) and Paul Pettiford (Pieces of Paul). Canadian modern dance icon Danny Grossman directs a remount of his piece Inching, a work that Dindi Lidge performed in.

While TRIBUTE offers a theatrical peek into the history and artistry of "Canadian Blacks in Dance," it also highlights how these groundbreakers have inspired a whole new generation of dance artists and movement.

Talented choreographer Kevin Ormsby, Artistic Director of KasheDance, directs the TRIBUTE Crew, an ensemble cast of gifted youth from COBA and the Children and Youth Dance Theatre of Toronto who 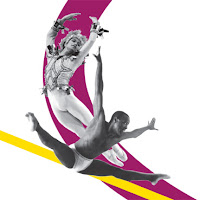 embody this new generation. The TRIBUTE Crew anchor the evening and appear throughout to weave the various elements of the show together for a fresh and contemporary spin on how traditional forms have steered today's popular culture.

Visionary Len D. Henry is the Creative Director for the evening. Henry has won various awards from BravoFACT!, VideoFACT and the MMVAs and is the founder and a principal at fashcam - a fashion/music new-media production company.

dance Immersion is a Toronto-based organization that produces and promotes dancers and dances of the African Diaspora while providing skill development and networking through workshops, youth arts programs, collaborative projects and forums.

Alberta-born Len Gibson (1926-2008) had a versatile career that spanned over six decades. He choreographed and appeared in Bamboula in 1954, the first musical variety television series produced by the CBC from Vancouver and one of the first programs to feature an interracial cast. During the 1960s, Gibson pursued international opportunities and returned to Canada in the 1970s where he opened his legendary Len 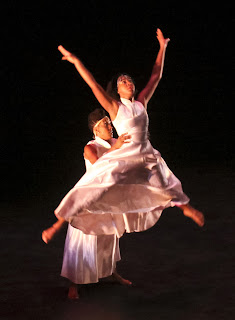 Gibson Dance Ensemble in Toronto and touched the lives of many with his passion for artistic excellence.

Chicago-born Dr. Jeni LeGon (1916 -2012) was one of the top tap dancers of the '30s, '40s and '50s. At 16, she was dancing in the Count Basie Orchestra's chorus line and went on to perform with Bill "Bojangles" Robinson and Fats Waller, whom she worked with throughout her career. She was the first black woman to sign an extended contract with a Hollywood studio (MGM) and appeared in Hooray for Love, and Birth of the Blues, among others. In 1969, LeGon settled in Vancouver where she taught tap and point.

Born in Paris and raised in Congo-Brazzaville, Zab Maboungou has danced with Congolese ballets in Europe and North America. She has been teaching rhythm and movement dance courses in Montreal since 1981 and founded Zab Maboungou/Compagnie Danse Nyata Nyata in 1986. A choreographer, performer, musician, author, and teacher of philosophy and dance, she is dedicated to the development and promotion of African dance in Quebec, across Canada and abroad. 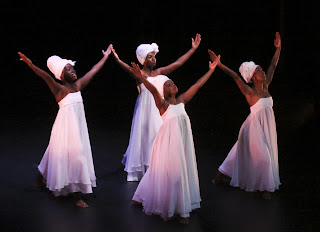 The late Paul Pettiford was born and raised in the Windsor area. Even though he suffered with polio as a young boy, he taught himself to dance by watching Fred Astaire and Bill "Bojangles" Robinson on tv and in movies and went on to perform on stages around the world. His vision was to work with young people of colour. Pettiford was a beloved teacher at the Harriet Tubman Centre, and started his own dance school where he taught all forms of dance - Jazz, Ballet, Tap, African, Afro-Cuban, Caribbean and Contemporary.

Kevin Pugh is a former principal dancer with the National Ballet of Canada, one of its biggest stars in the 1980s, known for his electric stage presence and powerful jumps. He retired from the stage in 1991 and is now a renowned teacher with his own school, DanceTeq, which operates out of the Walter Carsen Centre, and is one of Toronto's best open format dance studios on the professional circuit. 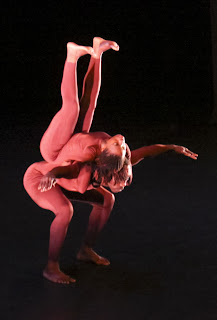 Repertory Ensemble. From 1985 to 1992, George presided over his Randolph Dance Theatre before founding the Randolph Academy for the Performing Arts in 1992 where he is currently President. The Academy's unique post-secondary Triple Threat program trains aspiring performers for careers in stage, TV and film.

Jean Sheen received her dance training in her native country of Trinidad and Tobago as well as New York City. She moved to Toronto in 1970 where she founded and ran Chissamba Chiyuka Arts Inc. from 1975-1996, the first Caribbean dance school in Ontario.

Trinidad and Tobago born, Sharlene Thomas has thrilled audiences across Canada and internationally for over 20 years as Artistic Director of Edmonton-based Movements Dance Ensemble, which she founded on February 11, 1990 - the day former South African President Nelson Mandela was freed from prison. 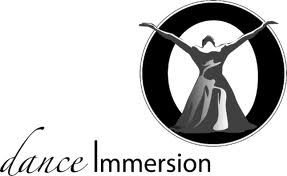 Purchase through Harbourfront Centre Box Office: 416-973-4000 and/or online for tickets and info.