Director Igor Drljaca will be on hand for Q+As on January 25 and 26, following the screenings.

(Toronto)  A quietly chilling and finely surreal meditation confronting traumas of the past, director Igor Drljaca's debut feature, Krivina, returns to Toronto for its theatrical release following its world premiere at

TIFF - and right before its international premiere at the Rotterdam International Film Festival - for an exclusive engagement at The Royal, starting Friday January 25.

Krivina tells the story of Miro, an immigrant from the former Yugoslavia living in Toronto. Miro is restless, and never stays in one place for long. He decides to leave Toronto and move again after he finds out that his friend Dado, who has been missing for almost two decades, is now wanted for war crimes. Driven by a desire to find his friend, Miro embarks on a trip through Bosnia.

"After spending nearly three years trying to finish Krivina, I began to realize that it was my own therapeutic journey," says Drljaca, "as I struggled to understand both my complicated birth country former Yugoslavia, and my adopted one, Canada. Krivina's primary resource was a group of very talented individuals in the Toronto film community, so it's an immense joy to be able to show and experience the film with a Toronto audience." 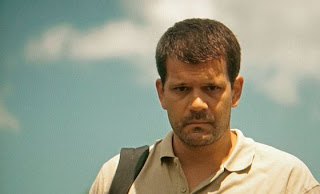 Born in Sarajevo, Bosnia and Herzegovina, and because of the war, Igor Drljaca moved to Canada in 1993 with his family. He completed his Master's in Film Production at York University's graduate program in 2011. His 2010 short film, Woman in Purple was made as part of the Sarajevo City of Film Grant, and has screened at dozens of international festivals, including Telluride Film Festival, Tampere Film Festival, Palm Springs Shortfest, and Sarajevo FF. While primarily a fiction filmmaker, he continues to explore new territories and make hybrid and non-fiction work. The Fuse: Or How I Burned Simon Bolivar is his first non-fiction film, which was  chosen as one of Canada's Top Ten short films of 2011. It has screened at various festivals including; Toronto IFF, SXSW, Melbourne IFF, Cinema du Reel, Los Angeles FF, Sarajevo FF, and Era New Horizons FF.