[Toronto ON]  Ron Davis is all about injecting fun into his jazz, hoping to celebrate its glory days when his favourite genre was the unchallenged ‘pop’ music of its time. And since you can never have too much fun, Davis’ new offering, Blue Modules, is being celebrated with a veritable musical feast -- a sumptuous sonic spread with each of its 3 courses served over 3 nights at jazz hub, Chalkers, Jan 20, 27 and Feb 3!

It’s all about celebration – of jazz, of classical music and funk – not to mention rap, blues and world music. Davis intends to bust down the walls of individual genres and, with Blue Modules, he succeeds. You are invited in to embrace it all – as he does – with an outcome that is so seamlessly fresh and playful, you can’t help but let go and join him for a uniquely satisfying ride.

Surrounding himself with a top-flight crew of like-minded, innovative players, Davis’ compatriots are Ross Macintyre on bass, Roger Travassos on drums and percussion, as well as such guests as the electrifying Donna Grantis on guitar and actor Diego Matamoros on vocals. Boasting a truly eclectic mix of songs you might not be expecting to find on a jazz release, he and his simpatico adventurers apply what can only be called Ron Davis’ signature spirit of improvisation. 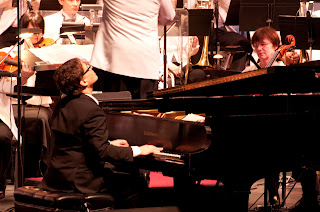 With Blue Modules, Davis underlines his skills as a phenomenal instrumentalist, a composer and an arranger. He jumps from grand piano to Fender Rhodes, celeste and back again – honouring the true progression of his sense of what jazz can be. At the same time, he reinforces his fan base – those who know him for his swing-based, post-bop approach to the genre of jazz piano – by taking a few risks in the name of good fun.

On Blue Modules, Davis assaults some surprising covers, interspersing them with smart, lively originals. The funky “Pawpwalk” recalls the ‘80s in general and Lonnie Liston Smith in particular, with some decisive guitar incisions by Grantis, at her most controlled. Sesame Street’s “Mahna Mahna” keeps its sassy N’awlins line and if you can keep Elmo out of your head, it’s a spirited reinvention showcasing Davis’s piano talents, with some big-bottomed, nimble bass-playing from Ross Macintyre. 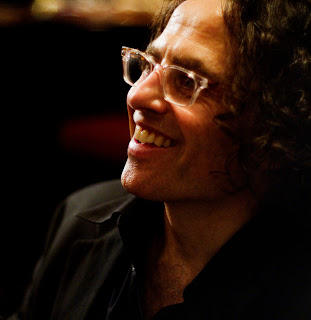 Davis’ cover of Elvis’ “Viva Las Vegas” owes something to Sin City but, minus its typical bombast, is more indebted to Vince Guaraldi – with an outstanding percussive contribution from Travassos. And if that isn’t twist enough, Davis’ cover of Hendrix’ “Voodoo Chile – Slight Return” marks the appearance of Diego Matamoros’ talking vocal (in the sole non-instrumental) – reinventing the piece full-circle like something birthed in a dub poetry club.

That Blue Modules is a progressive step forward is best summed up by the title track – a solid original that features a heartfelt stew of sounds that steer clear of labeling, allowing the groove to chart its own course and strike a nerve. This smooth, funky and highly elastic track best defines Davis’ spirited sense of where he wants the music to take you.

Indeed, taking something so sacrosanct as a Beatles’ song – most notably and aptly-titled, “You Can’t Do That”, speaks volumes to this newfound direction – the reinvention of pop on his terms. Chances are good you’ll dig it as hard as Davis and his chosen musicians choose to dish it out.