Musical Theatre: Do You Want What I Have Got? A Craigslist Cantata Toronto Premiere Jan 30 to Mar 3 2013

DO YOU WANT WHAT I HAVE GOT? A CRAIGSLIST CANTATA
A TORONTO PREMIERE CO-PRODUCED BY
FACTORY THEATRE & ACTING UP STAGE COMPANY
January 30 to March 3, 2013

TORONTO, ON…  After playing to sold-out houses and rave reviews at Vancouver’s PuSh Festival in 2012, Do You Want What I Have Got? A Craigslist Cantata, by Veda Hille and Bill Richardson, will be playing January 30 – March 3 in Factory’s Studio Theatre. The Toronto premiere is co-produced by Acting 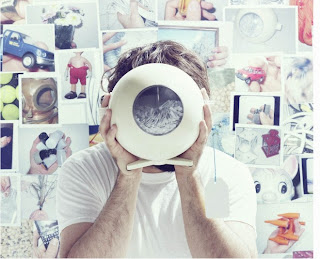 Up Stage Company and Factory Theatre. Do You Want What I Have Got? A Craigslist Cantata is a contemporary exploration of humanity through the lens of Craigslist - an online classified site with over 50 million ads posted each month. Previews are on January 30, 31 and February 1, 2, 3 and 5. The previews are at 8 p.m., with the exception of the Sunday, February 3 preview at 7 p.m. The industry evening is on February 6, 8 p.m., and the opening is on February 7, 8 p.m., in the Studio. The show closes on March 3.

“It's a rare occasion to find a hit Canadian musical, but after our presentation last year of Ride the Cyclone, lightning indeed struck twice when I saw A Craigslist Cantata at last year's PuSh Festival,” said Mitchell Marcus, Artistic Producer, Acting Up Stage Company.  “We are so honoured that Bill, Veda and Amiel gave us the Ontario rights to the show and agreed to launch a new production in Toronto. Featuring some of the original Vancouver collaborators, our new production includes an incredible local design team, new choreography by Monica Dottor and new cast member Daren A. Herbert who was Dora nominated for his work in our production of Parade. It has also been a perfect collaboration with Factory Theatre, and Craigslist has been the ideal project to merge their commitment to new Canadian work with our commitment to innovative and contemporary musical theatre.” 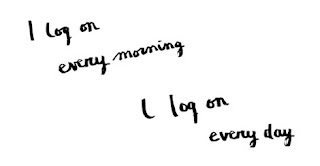 Nina Lee Aquino and Nigel Shawn Williams, Factory Theatre’s Interim Artistic Team, agree: “We are pleased to partner with Acting Up Stage to present this poignant and witty Canadian musical to Toronto audiences. And thrilled to offer such a fun piece to our subscribers, the first subscription offer in the Studio Theatre we have made in several years.”

• All previews are at 8 p.m., except for the Sunday, February 3 preview at 7 p.m.
• Regular show times for Craigslist run Tuesday to Saturday, 8 p.m., plus two Saturday 2 p.m. matinee shows - February 9 and 23, and two shows on Sunday, 2:30 p.m. and 7 p.m.
• Preview tickets are $22 with regular single tickets for Craigslist at $35 Tuesday to Thursday and Sunday (advance), $40 on Friday and $47 on Saturday.
• Sunday Pay-What-You-Can (PWYC) tickets and savings for students, seniors, arts workers, and groups (10+) are available.

• To celebrate and provide an online participation aspect of Do You Want What I Have Got? A Craigslist Cantata, Acting Up Stage Company and Factory Theatre are proud to partner with Jennifer Walls and her SINGular Sensation band in throwing an evening of Craigslist-inspired cabaret performances on February 13, 2013.

• Call the box office at (416) 504-9971, visit in person during box office hours at 125 Bathurst Street, Toronto, or visit online 24/7 at www.factorytheatre.ca. • Follow updates @actingupstage AND @factorytoronto (#singcraigslist) and facebook.