Pittsburgh, summer of 1981: longtime friends Richard Vitale and Brook Duer decided to channel their post-punk proclivities into a slightly different breed of band, a group of like-minded players with an ear for everything from West African drumming to Ornette Coleman’s Prime Time. 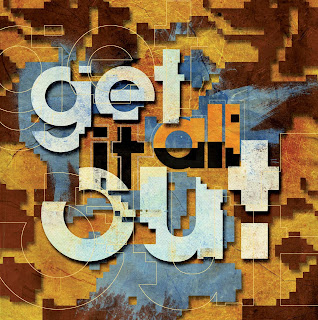 They founded Stick Against Stone. Originally a leaderless collective—no doubt a holdover from the democratic social ideals of the ’60s, and juiced considerably by punk rock’s anti-con agenda—there was no denying that singer John Creighton was the de facto frontman. “A lot of people have a tune that’s stuck in their head,” friend and designer John Gallone observed years later. “Creighton seemed to have a gamelan stuck in his. He was always thinking about different types of music.”

With high-octane tunes, wild-eyed musical diversity, and broad influences from Afrobeat to no wave, SAS built a cult following, but soon faded into obscurity in the mid-80s, especially after Creighton’s departure and subsequent death. That is, until 2006, when soundman, entrepreneur, and filmmaker Will Kreth stumbled across some dusty cassette tapes of their earliest mind-blowing shows and decided he couldn’t let the music die.

Starting with the idea of a documentary about the band, he sought out the band’s original members, eventually working with Richard Vitale in Brooklyn in the spring of 2010 to resurrect SAS. Sadly that summer, Vitale would die of a brain seizure, and Kreth found himself at a crossroads. Going back to the footage he’d shot four days before Vitale passed, he stopped on Vitale’s quote: “It’s one thing to have the [old] recordings, but this music needs to be played.” Hearing that again inspired Kreth to push on with the dream of reviving a sound that feels decades ahead of its time.

The resulting album, Get It All Out (release date: January 22, 2013), takes its title from one of the last songs John Creighton wrote and recorded before he left Stick Against Stone in 1983. (It’s also the title of the documentary, due in 2014.) From the opening frenetic strains of “Everybody’s Song (The Music Business),” which features original SAS singer and clarinetist Geraldine Murray, it’s immediately 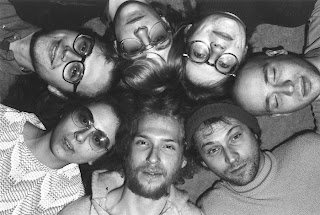 apparent why this band worked up such a cathartic sweat—and such a devoted, if insular, fan following—during its brief ’80s heyday.

In Creighton’s lyrics, there’s a timeless sense of youthful rebellion (“I want to be awake now,” Murray sings on the infectious samba-jazz workout “Moonlight Finds a Face”), and strength in numbers (as singer Mark Rinzel intones, “Don't be afraid of the power of the circle,” punctuating the languid avant-funk groove of “Medicine Wheel”), while the music itself oscillates between tribal percussion (“Wasted Lives”), Fela-like horns with a Gil Evans twist (“Elephants”), ska-minded punk (“Face Down”) and straight-up funk (“Get It All Out”) without ever sounding forced.

It helps to have musicians with the ability to render such a complex tableau. After Kreth managed to sign on some of the original SAS members, music director David Terhune recruited an impressive cadre of players to complete the picture, including singer Cedric Lamar, Burnt Sugar’s Paula Henderson on baritone sax, the Lounge Lizards’ Michael Blake on soprano and tenor sax, session ace Jesse Krakow on bass (Shudder to Think, Time of Orchids), and drummers Tony Mason and Denny McDermott (the latter known for his stint with Steely Dan’s Donald Fagen). It’s a veritable cavalcade of talent, but amazingly, everyone sounds fully invested in the “power of the circle” that is Stick Against Stone.