THE BASTARD SINGS THE SWEETEST SONG
directed by Christy Garland
Continues to January 24, 2013
at THE ROYAL- 608 College Street 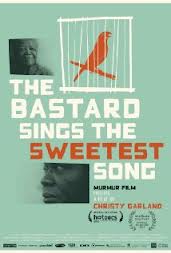 (Toronto – January 2013)  Muscle ekes out a living in Georgetown, Guyana raising fighting- cocks and songbirds, but he’s also trying to get his mother Mary off the booze. Mary’s a charming 75-year-old poet with a brilliant wit who loves to go for walks on the road, beg for money, and get drunk on “high wine”. Mary drinks to forget but she’s still able to recite by heart some of her lost poems to her family who listen with love and admiration. Muscle strives to lift his family out of poverty and into the middle class, but worries his mother will end up in hospital.  He decides that the only way to protect her is to keep her locked her up in her room at the back of the house. 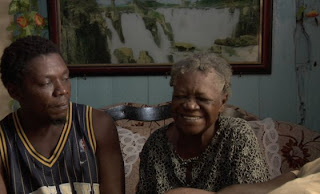 What may appear to be a story of a brutal, controlling son and a drunk, pathetic old woman, is actually the story of an incredibly courageous family fighting to rid themselves of the shackles of their past

Although their world is unlike anything we’ve ever seen - Mary and Muscle’s efforts to live life on their own terms are comical, courageous, flawed, disturbing, loving and heart-breaking - just like many families. 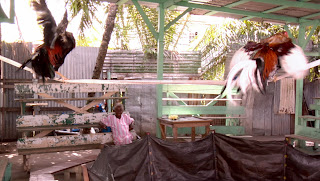 garnered a Best Documentary at HBO’s South Asian F.F. 2008 and premiered on CBC in January 2009. Her short comedy Dual Citizen picked up several awards and made the final short list for Cannes. Her films have won audience awards, best foreign short awards and in 2002 the Kodak Vision Award. Christy’s films have been broadcast on CBC, Channel 4, IFC, The Movie Network (TMN) Canal+ International, SKY Italia, Cinefil Japan and others. The Bastards Sings the Sweetest Song is a co-production with Denmark, supported by the Danish Film Institute. It premiered at Hot Docs 2012, and Sheffield Doc/Fest 2012.