TORONTO - The myth and imagery of the North is embedded in Canada’s national identity. We are smug about our ability to suffer extreme conditions. We are gratified with the increasing centimetres of snow outside our door in a seeming test of endurance. We are convinced of our connections to wilderness and 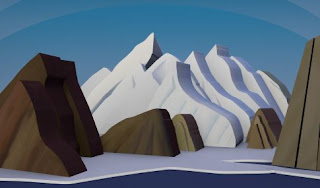 excel in developing technology and innovating our industries to cope with challenging and vast environments. We routinely surpass many other nations in winter sport and recreation.

But in reality, the majority of Canadians live in the most southern regions of this country. Do we really comprehend the “true north?” How do we define this north? Is a “true north” only to be found subsequent to certain latitudes? Is the “true north” merely a romantic ideal that includes the requisite snow-dusted forest and serene lake? Do we consider that this symbolic national “true north” differs from the geographical north, a place that is home to a diversity of communities?

This exhibition brings together seven artists who create work addressing many conceptions of north. Rather than claiming to give definitive answers to the notion of the “true north” these artists illustrate an array of perspectives investigating the myth, imagined and lived experiences.