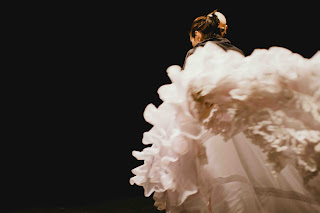 After spending years in Andalusia, dancer/choreographer Myriam Allard and singer/director Hedi "El Moro" Graja, founded La Otra Orilla in 2006. Their unique approach reshapes the timeless and universal art of flamenco for the 21st century with a truly trans-disciplinary vision of the art form - tapping into its roots while anchoring it firmly in the present.

The company's new creation, HomoBLABLAtus, is a work for three dancers and two actor-musicians - and a new "discovery" by La Otra Orilla: a subgenus of the homo species that abhors silence and has adopted a form of communication known as blah-blah-teria.

HomoBLABLAtus examines the possibilities and modes of artistic expression and questions the relationship between emptiness and excess in a world brimming with symbols. It questions what is too little and what is too much while sending us searching for unexplored spaces.

Paula Citron of the Globe and Mail says of La Otra Orilla: "Flamenco on the wild side. Montreal dancer and choreographer Myriam Allard and French singer Hedi (El Moro) Graja leave audiences stunned by the ferocity of their performances. La Otra Orilla means 'the other side' (of the Guadalquivir River), and refers to 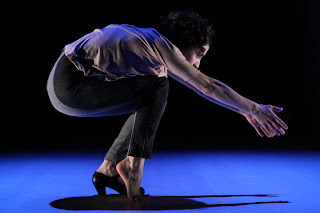 the raw, edgy flamenco in the tabernas across from the more refined Seville."

About El12, Montreal's La Presse (Aline Apostolska) notes: "Myriam Allard is a magnificent flamenco dancer - energetic, magnetic, respectful of formal purism and completely free in reinterpreting tradition with her resolutely contemporary vision." And of a previous work (Denominacion de Origen Descontrolado): "We are left totally stunned, jolted by the magnetic energy that heats up the stage and theatreŠ We realize that these are magical moments, which won't be repeated anytime soon. La Otra Orilla is a name to remember, run to see them!" 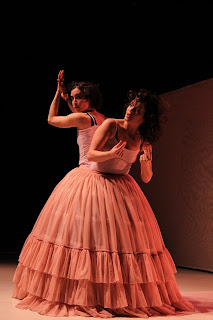