Malian guitarist Baba Salah comes from the city of Gao, a remote trading hub nestled on the banks of the Niger river, situated at the edge of the Sahara desert. Ethnic Songhai, Tuareg, Fulani and Arabs - among other peoples - all call the city home and as the capital of one of West Africa’s most powerful former 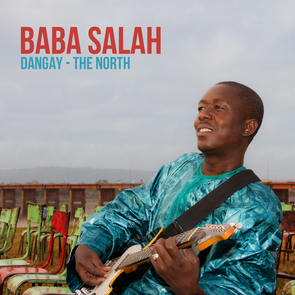 empires, it is arguably Mali’s most cosmopolitan city.

Almost every facet of Gao is the product of a continuous melding of cultures, and its music is no exception. The dusty hustle that defines its markets by day is recast every night anew as the complex rhythms and shifting tempos of its local musicians. In surrounding villages, life is set to a soundtrack of traditional storytellers who gather to sing the rich histories of a proud people.

Honoring the glorious past, however, only goes so far in facing present challenges, and these days, life in Gao is consumed by an uncertain future. Amid political paralysis in the country’s south, northern Mali is being torn apart by the worst examples of ethnic chauvinism and religious extremism. Lives and livelihoods hang in the balance, and hundreds of thousands of people have been forced to flee their homes. Militant Islamist groups are implementing a harsh and destructive version of religious law, going so far as to take the unthinkable measure of banning music.

It is within this context that we can begin to understand why this album, by this artist, is so important.

Baba Salah’s Dangay (Studio Mali; February, 2013) is not just the first major international release by one of Mali’s most accomplished musicians, it is an act of defiance against the very forces of intolerance that seek to destroy Mali.

Baba’s music has always been rooted in the desert, informed by the Songhai blues of his forefathers and inspired by the pulsating takamba rhythms that used to echo through Gao’s neighborhoods. He began playing music on a makeshift guitar at age nine and  was later accepted into the prestigious National Institute for the Arts (l’INA) in the capital city of Bamako. It was there that Baba’s raw genius had the chance to incubate, developing compositional brilliance and acquiring breathtaking technical skill.

Though he boasts a diploma from l’INA, Baba gained his first real credentials within the hyper competitive Bamako music scene in 1995 when he was tapped to play guitar for one of Mali’s preeminent divas, the internationally acclaimed Oumou Sangare. Touring worldwide was a formative experience for Baba, providing him the opportunity to collaborate with a wide array of artists and exposing him to countless musical styles. 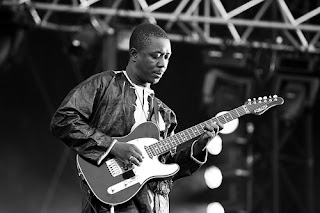 By the time Baba launched his solo career, he had already made a habit of stealing the spotlight from headlining acts. Though he cemented his status as a local guitar legend over a decade ago, Dangay is the first release to capture the ferocious pentatonic riffs and careening guitar solos that have led many to call Baba Salah “the Jimi Hendrix of Africa.”

It would be a mistake, however, to conclude that Baba Salah’s first international release is outward-looking and in search of a crossover appeal. In fact, Dangay is just the opposite, as it yearns to be an album of introspection and a blueprint for rising above the greed and ignorance that hold Mali, its people and its culture hostage.

Northern Mali is more vast, various, unrelenting, complex and terrifyingly beautiful than anything anyone could ever write about it, but with each song on Dangay, Baba offers a glimpse into the fierce urgency that grips the region.

The title track, Dangay (“the north” in Baba’s native Songhai), is an ode to the people of northern Mali that evokes the acoustic stylings of fellow Songhai great Ali Farka Toure. “Even at the cost of our lives, we need to join hands and fight,” Baba sings. He pleads for “the Almighty and all people of goodwill” to help. “Mali is indivisible,” he continues, “One people, one goal, and one faith. People of the north of Mali, do not think we have forgotten you. We will soon free you from your captors.”

Other tracks engage a range of social issues. On the blistering Ay Derey (I Am Lost), for example, Baba sings of someone who has lost their job and feels as if their life is over, but the narrator reminds him that even in hard times, one must be patient and not give up. Zankay (Children) and Ize Foutou (Juvenile Delinquents) address the challenges facing Mali’s youth, and Karaw (Heartfelt Cry) is sung from the perspective of a farmer who is struggling to make ends meet due to climate change and desertification. Babani Koné, a star 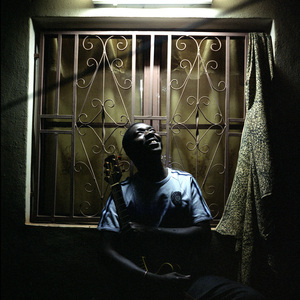 on the local music scene, lends her powerful vocals to Solei de Ma Vie (Sunshine of my life), a love song about overcoming issues of class and societal pressure in order to be with the one you love, while Cheri (My Love) touches upon similar themes.

If there is one track on Dangay that captures the spirit of Gao, however, it is Amidinine (My Friend), a song in which Baba Salah, an ethnic Songhai, sings about friendship among people in Tamashek, the language of the ethnic Tuareg. The track channels the music made famous by Tuareg groups like Tinariwen while showcasing Baba’s trademark sound of endlessly dizzying  electric guitar.

To that end, Dangay, by Baba Salah, is an act of solidarity with a people whose greatest gift to the world is music they make. Though the people of northern Mali cannot listen to this album, its message cannot be silenced. As Malians tend to say, “they will hear it.”